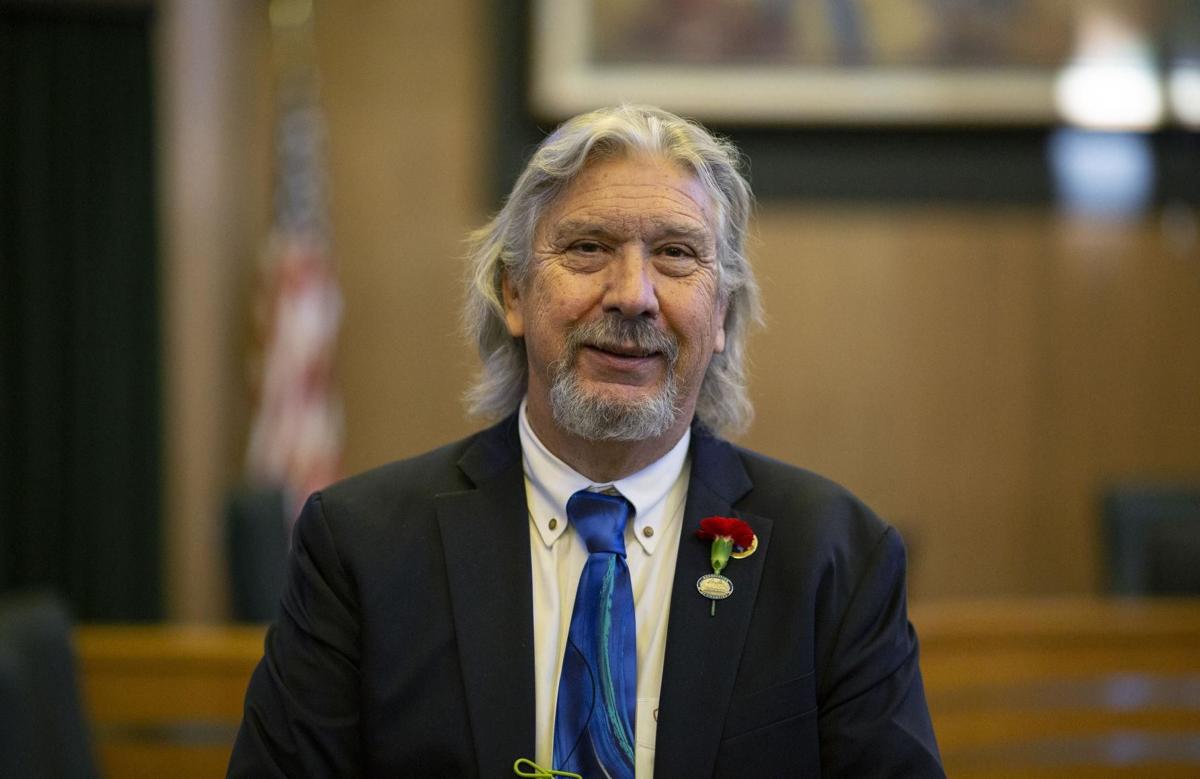 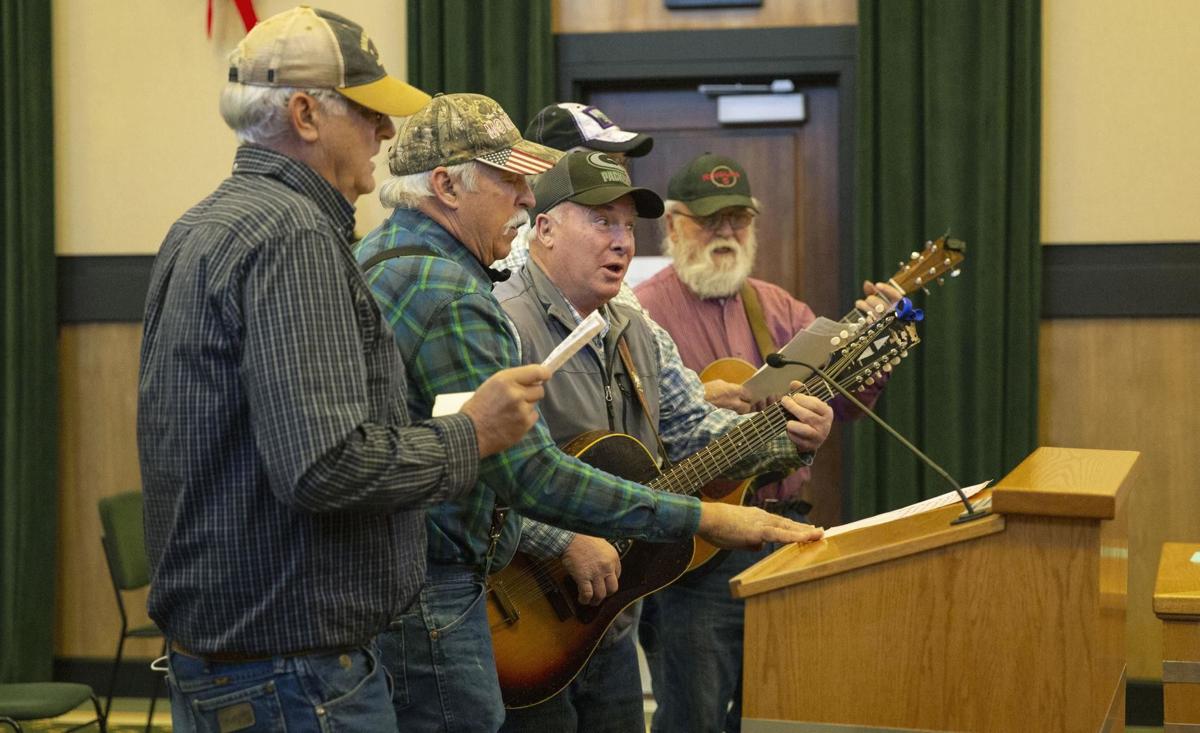 The Ringling 5, a band that Don Seifert has been playing with since 1982, surprise him with a specially tailored song on his last day as a county commissioner. 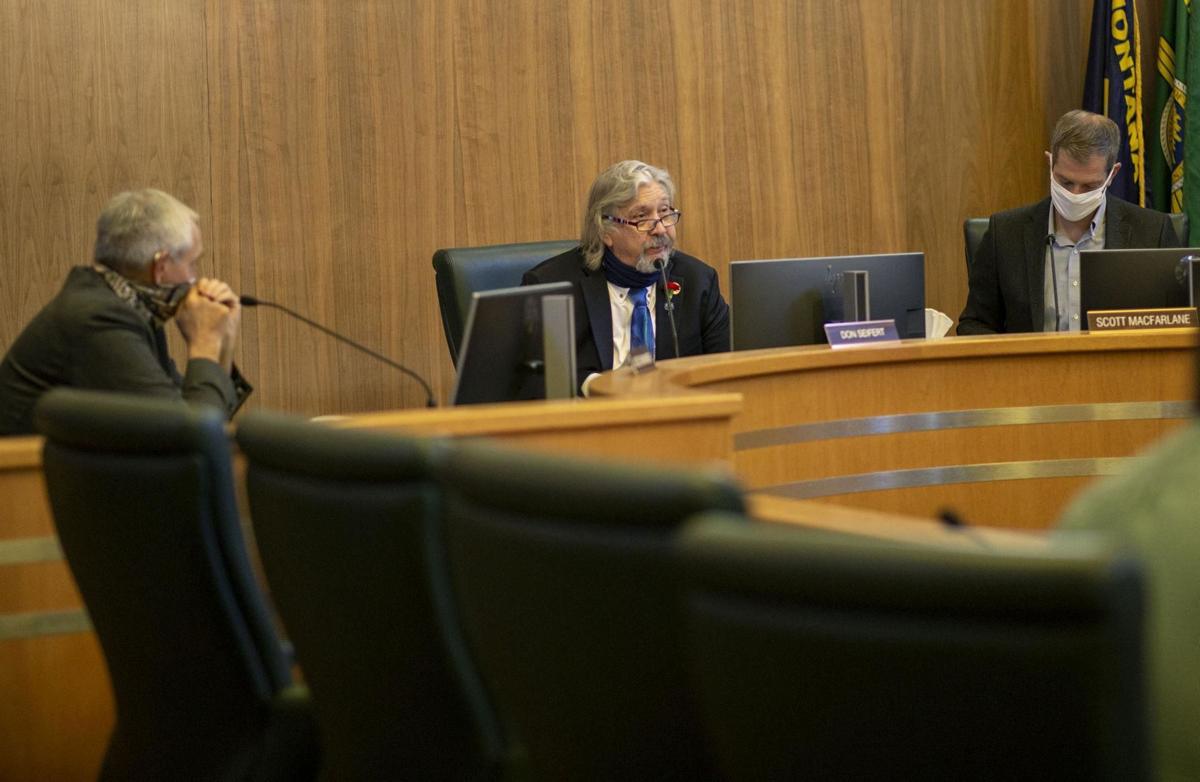 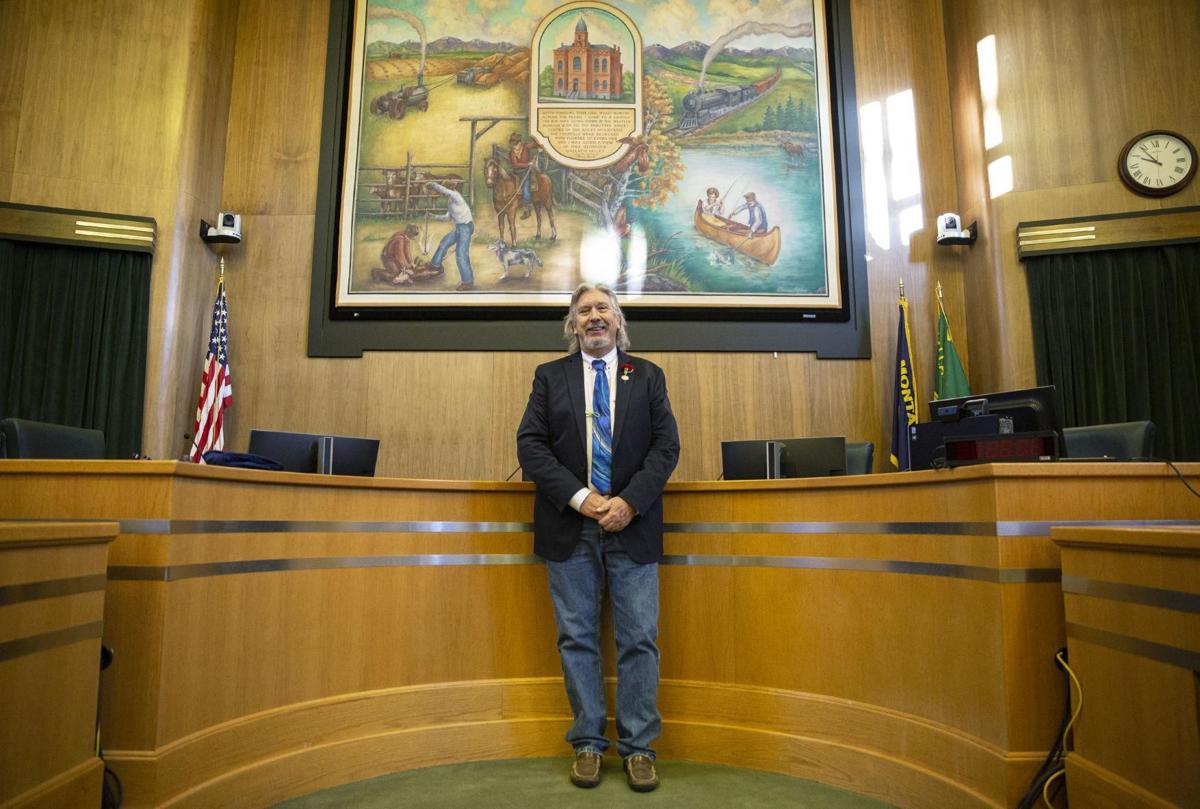 The Ringling 5, a band that Don Seifert has been playing with since 1982, surprise him with a specially tailored song on his last day as a county commissioner.

Tuesday’s meeting of the Gallatin County Commission began as it usually does.

There was a moment of silence and the recitation of the pledge of allegiance, but when the time came for public comment, a small group filed into the meeting room to sing their bandmate, Commissioner Don Seifert, a song they had written for his retirement.

“What do you do with old bulls when they ain’t no good no more? Do you take ’em out to the auction or to the killing floor,” they sang. “No matter what their age is or if they’re fat or thin, just turn ’em out to pasture to start their life again.”

For the last six years, Seifert has helped set the direction of Gallatin County.

He has taken his role as the leader of more than 500 county employees seriously. Before votes, he often pauses to acknowledge the staff members who assisted the commissioners with their decisions.

He has been attentive to the public. At county meetings, he usually explains the commissioners’ actions even if there are no members of the public present.

In general, Seifert has tried to avoid politics. Although he identifies as a Republican, he is quick to say he is more of a pragmatist than a partisan.

“It’s not about Republican or Democrat,” he said. “It’s about figuring out what’s best for the county.”

At Tuesday’s meeting, dozens of people gathered to thank him for his dedication, his fairness and his attentiveness.

“Not only are you a great commissioner, you love people, you love this county, but you’ve become a real dear and trusted friend,” said Commissioner Joe Skinner. “I’m going to miss you. You’ve made coming to work really fun.”

Seifert played a significant role in the creation of the Triangle Plan, a document that will guide development around Four Corners, a rapidly growing area for which Belgrade, Bozeman and Gallatin County share jurisdiction.

The document, which was approved last spring after five years of work, has sparked discussion about the creation of more robust zoning regulations around Four Corners and the development of a trails and recreation plan for the area.

“Don really valued all the input we received and tried to engage as many people as he could to ensure the plan reflected what people wanted, addressed their concerns and laid out what made sense for future development,” said Jennifer Boyer, who helped develop the plan.

The county created an open lands program in the early 2000s with two voter-approved bonds totaling $20 million to finance conservation easements. When that money ran out in 2017, several conservation groups, including the Gallatin Valley Land Trust, asked the commissioners to renew the program.

“Don really championed the idea from the beginning,” said EJ Porth, associate director of GVLT. “He’s always been a great voice for farmers and ranchers and an advocate for finding ways to allow them to keep farming if that is what they want.”

Voters ultimately approved a mill levy, rather than a bond issue, to continue the open lands program. The mill levy now generates about $1.3 million annually for county parks, conservation easements and recreation projects.

In recent months, Seifert has helped the county improve the Law and Justice Center.

The commissioners have tried for years to replace the building, which they have said is unsafe and too small for the county’s needs, but voters have repeatedly turned down bond issues for the new building.

In October, the commissioners used coronavirus relief reimbursements from the state to free up $5.4 million in local tax dollars to purchase the former Zero-In Indoor Shooting Center in Four Corners for the sheriff’s office.

Commissioners have said the purchase will likely reduce the cost of a new Law and Justice Center by about $10 million because the sheriff’s office no longer has to be part of a new courts building.

“The voters are never wrong. They know what they want, and they told us they didn’t like our plans for the Law and Justice Center. That’s fair,” Seifert said. “We were able to make adjustments to respond to them.”

Seifert, 68, grew up on a farm in Pondera County. He graduated from Conrad High School and came to Bozeman in 1969 to study agriculture at Montana State University.

He had intended to return to his family farm after completing his education, but “like everybody else, I’m still here,” he said.

In 1973, he started a livestock nutrition company with his father-in-law, which he still owns today.

After years in business, he had a serendipitous entrance into politics.

In the early 2000s, a new subdivision was going up adjacent to his home south of Bozeman and he complained about it a few times to the commissioners. One day when he came to discuss the subdivision, then-commissioner Bill Murdoch handed him an application for the planning board.

Seifert applied and was appointed to board. He went on to join a couple other boards, and when Murdoch announced he was retiring in 2013, Seifert decided to run.

“My mom used to say if you take an inch, give a mile,” he said. “It was just time to give that mile.”

Seifert said he decided not to run for reelection this fall because he would like to retire before his next six-year term would end.

Instead, he had hoped to serve in the state Legislature, where he had planned to advocate for policies that could help Gallatin County address growth.

But he lost his primary for House District 69 to Jennifer Carlson, a more conservative candidate who will represent northwest Gallatin County in the upcoming legislative session.

Seifert isn’t dwelling on the loss.

He has turned his sights to launching the Kaj Seifert Foundation for Aspiring Young Artists in honor of his son, who died in July and was a guitarist and percussionist. Kaj was 35.

“This is a way that we can help kids who need to buy dance shoes or art supplies or music lessons,” Seifert said.

In retirement, he also plans to focus more on music. He intends to continue playing the bass, banjo and accordion with The Ringling 5, a group he has been a part of for decades.

He and his wife, Chris, who has retired from Montana PBS and Montana State University, are hoping to travel more once the pandemic is over.

Seifert is also thinking about ways to continue to serve Gallatin County. He might even join another county board.

“I love my job,” he said. “There is no question about it. Outside of my family and my music, doing this has brought me more happiness than anything.”