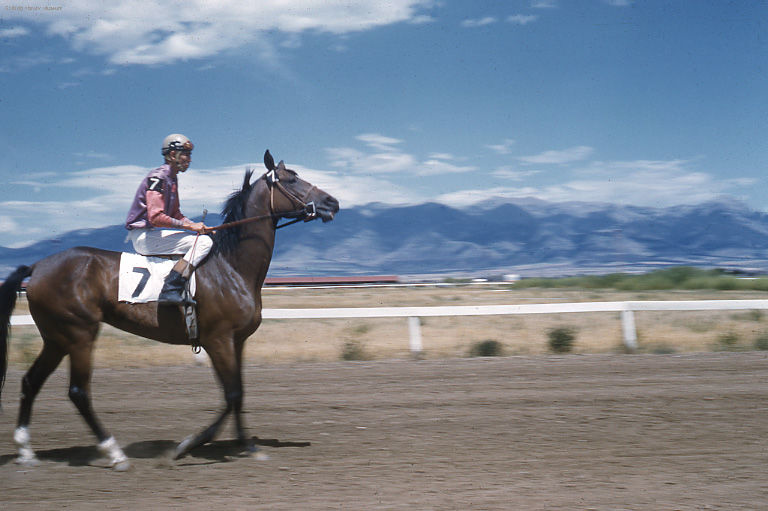 Horse and jockey at the Beaumont, 1960s. (This image is not for sale.) 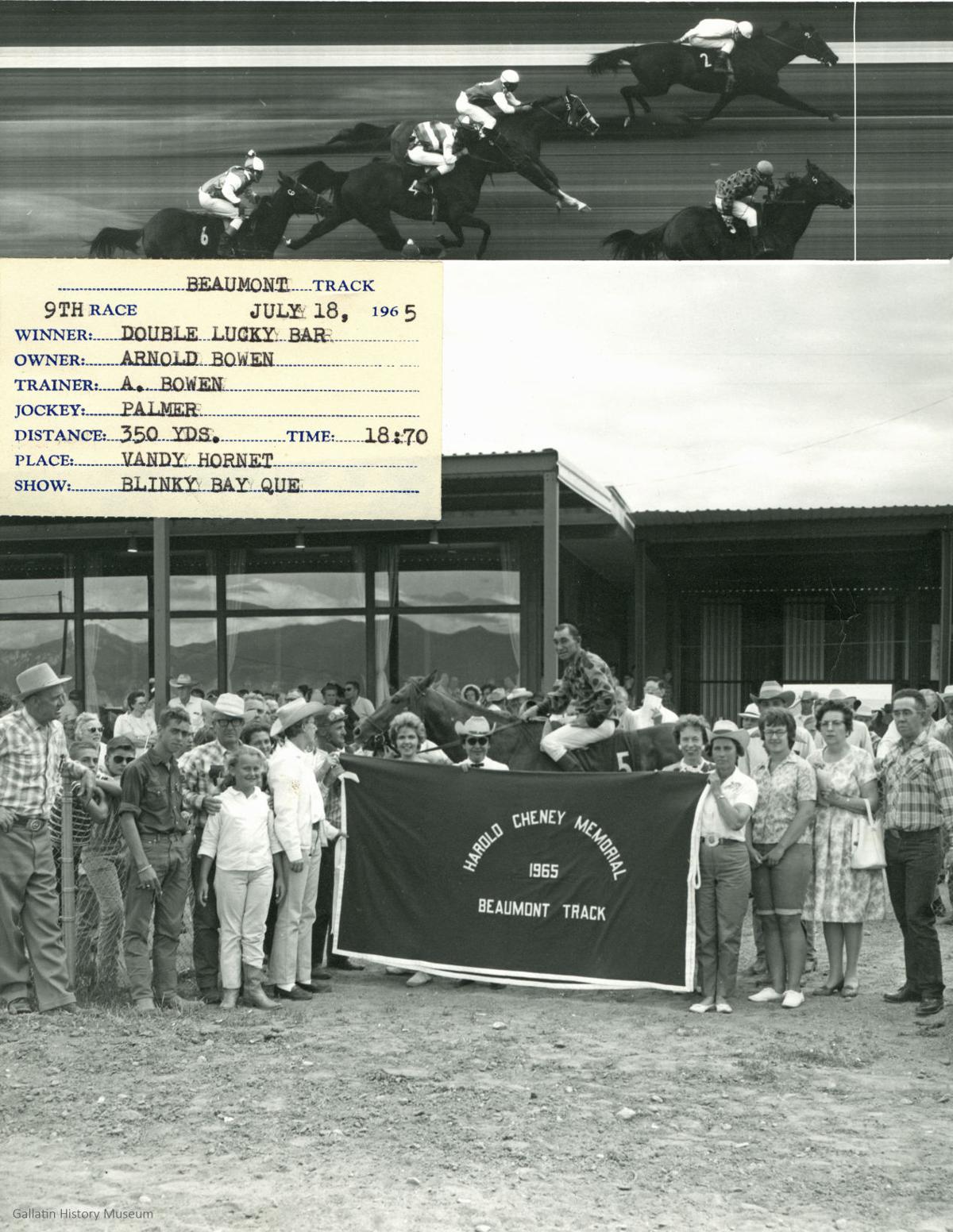 Horse and jockey at the Beaumont, 1960s. (This image is not for sale.)

It’s been decades since a bugle fanfare called jockeys and their mounts to the starting gates beneath the Bridgers, but the memories of Belgrade’s glory days as a horse-racing destination haven’t faded for a number of longtime residents.

Linda Curtis Riley remembers “growing up every Sunday at the races,” where her dad Buck Curtis was a beer vendor and her mother Frances worked at the ticket windows.

Holly Burrows, who was married to the late jockey Forrest “Frosty Burrows,” took her first job in Belgrade at the Beaumont track the late 1950s, and now calls herself the “grandma of the bunch” of the racing community that remains in Montana. During the season, she still works as a racing secretary in Great Falls, and up until a couple of years ago, in Miles City.

Tom “Skip” Border, who lives on Hoffman Street, worked for the Beaumont and built its first tote boards in the early 1960s. He remembers crossing the street to go to work, and passing through areas supportive of track operations where Belgrade High School stands there today.

All three of them have fond memories of the Beaumont, and only good things to say about its owners, Lloyd and Jane Shelhamer. Brenda Wahler, author of the 2019 book, “Montana Horse Racing: A History,” writes that Lloyd Shelhamer was motivated to build his own track because he raised racehorses with his father. In the early 1950s, there were only three parimutuel meets in Montana – in Billings, Great Falls and Shelby – so Shelhamer decided to build his own.

The Shelhamers bought the Hacienda, a small road house near the intersection of Jackrabbit Lane and Highway 10, which was then west of Belgrade. The building was remodeled and expanded into a large and by all accounts elegant supper club, near where Dottie’s Casino now stands. A half-mile track with a quarter-mile straightaway and a large grandstand occupied the grounds to the north and west of the clubhouse. That area – now a subdivision—is bordered roughly by Triple Crown Road, Quinella Street, Show Place and Secretariat Street.

The Beaumont was, in Shelhamer’s words, “a dream.” Those who remember its glory days – and even Shelhamer himself – said it was “ahead of its time.”

A 1985 article in the Bozeman Daily Chronicle quoted Shelhamer as saying, “The concept was real fine but I think the lack of population, the long distances people had to travel to get there and the roads – it was ahead of the interstate – there just weren’t enough people to support what we were trying to do. It could have been a large success under the same circumstances today.”

Despite the struggles, races were held in the summer months at the Beaumont for 13 years – from opening day on Memorial Day 1954 until 1967, drawing an average of 2,500 people per week. Riley, Burrows and Border remember the excitement, and they square with the recollection of Lloyd Shelhamer’s sister, Elinor Amundson, when she was interviewed for the Chronicle story in 1985.

“At its peak, there would be huge crowds there and lots of excitement,” Amundson said. “Horse racing breeds excitement, and The Beaumont kind of set the pace for racing in Montana.”

Even in the off-season, the Beaumont supper club operated year round, serving fine food and offering good music. Belgrade resident Curtis Backlan, who then farmed north of town, remembers the club being a destination for a night out once a month or so. Long after the track shut down, the Beaumont restaurant continued to operate under various owners for many years, and the clubhouse was torn down in 2008.

Skip Border remembers that at first, Belgrade business owners were skeptical of any benefit the city might realize from the people who came to town to patronize the races.

“Sometimes city people would holler because they didn’t think racing was helping,” he said. “I think they figured most people stayed at the track and didn’t go downtown.”

“We’d pay people in two-dollar bills, then they’d circulate all over,” Border remembers. “After the two-dollar bill incident, things kind of changed. Nobody yelled after that.”

Both Burrows and Riley agree that Belgrade benefited economically from the Beaumont’s presence. Even though the track had its own supper club, diners still ventured elsewhere – primarily to The Mint and The Lounge – to dine.

“I just know that if you were going to eat downtown, you had to wait,” Burrows remembers. She also recalls that track traffic provided a great boost to grocery stores like Lee & Dad’s, because the people on the race circuit camped on the grounds in trailers and “had to eat and buy gas.”

In 1964, a race with a $70,000 purse – the largest ever offered in Montana – drew a huge crowd to the Beaumont. But, according to the late Lloyd Shelhamer, that was the beginning of the end of the dream that just couldn’t compete financially. It was no reflection on Shelhamer’s business acumen, as he went on to grow his company United Tote, which remains an industry leader in racing industry technology services. Skip Border worked alongside Shelhamer on the early-day development of that technology.

Like Shelhamer, his former employees believes that the Beaumont couldn’t continue to compete against the more accessible racing venues in Billings and Great Falls, but that doesn’t take away from what it did for the community.

“I just like the idea that it brought people and a lot of money into our town,” Burrows said. “The Beaumont added a lot to Belgrade.”

Riley is grateful for the memories of her childhood days at the track, where she and her friends analyzed the horses and convinced one of their parents to place bets for them.