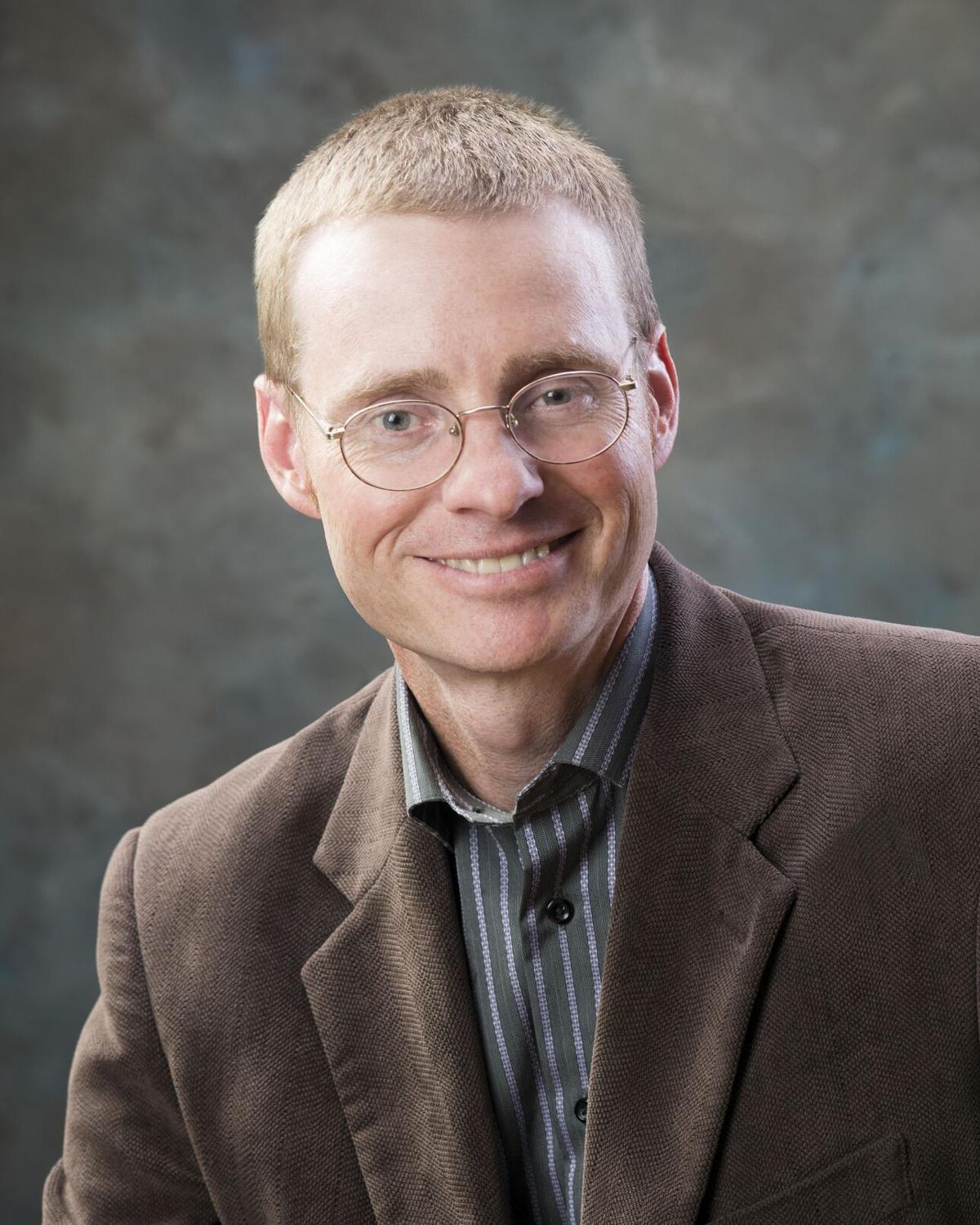 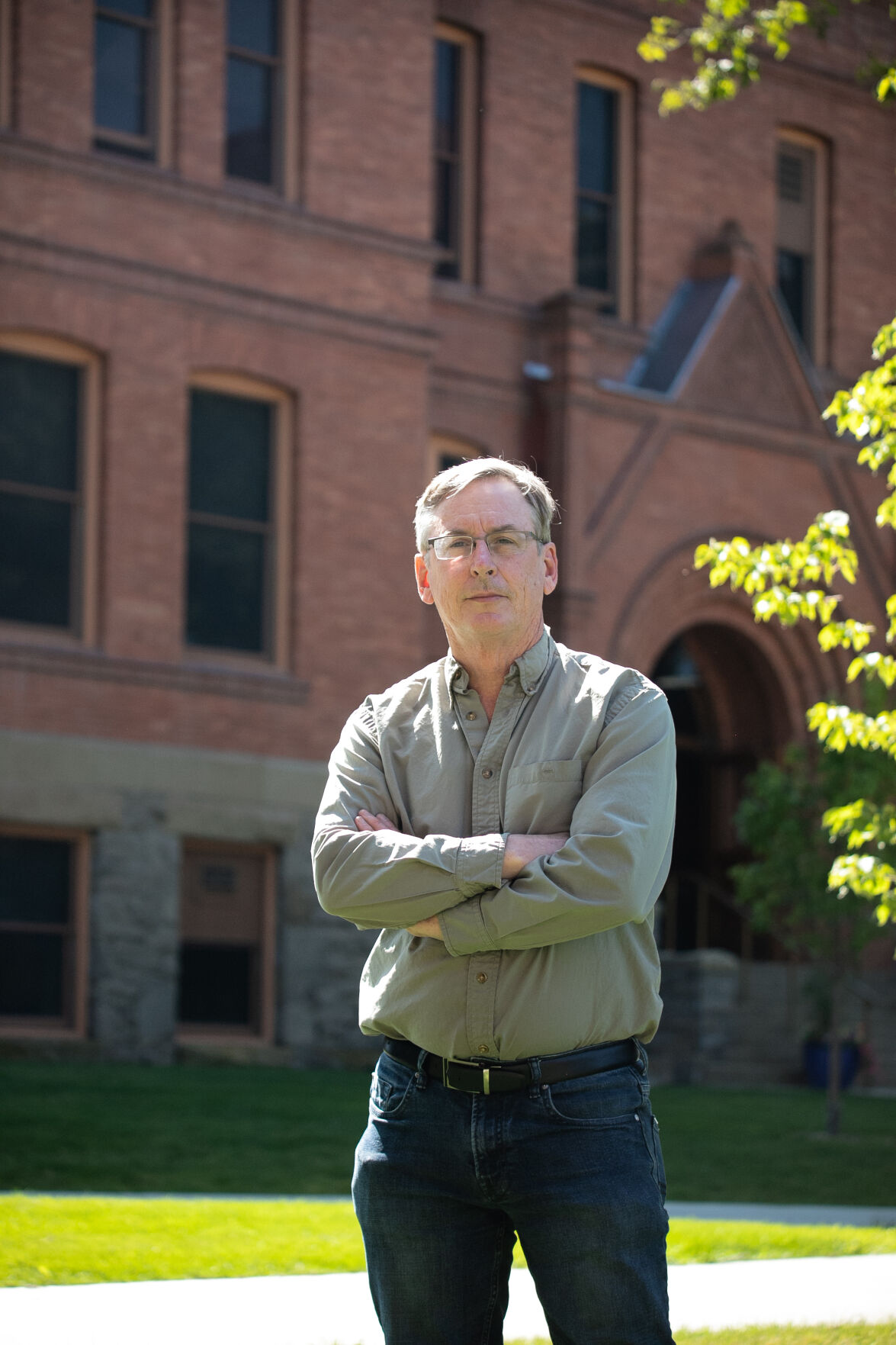 Dust rose from the dry ground as James Brown walked between headstones in an old homesteader’s graveyard near Bannack, Montana territory’s first capital. He stopped before a waist-high black obelisk, worn to almost nothing, carrying the name Serrault.

“That was my great grandfather’s business partner,” he said, pointing at the stone.

Brown, a Republican lawyer with offices in Helena and Dillon, hopes that his family’s homesteading history will help propel him to a seat on the Public Service Commission over his opponent, Democrat Tom Woods.

Woods, who represented Montana’s fastest-growing city, Bozeman, in the Legislature for eight years, said much is at stake in the race for the PSC District 3, which stretches from Beaverhead to Musselshell counties.

“This is the most important election that nobody cares about,” said Woods, who teaches physics at Montana State University.

The Public Service Commission is a regulatory body tasked with setting the rates that Montanans pay monopoly utility companies like NorthWestern Energy. The PSC’s job is to ensure that the rates utilities charge are affordable for its captive customers, yet high enough to give the investor-owned utility an incentive to provide energy.

NorthWestern Energy is currently attempting to buy a larger share of the Unit 4 generator of the Colstrip Power Plant, a sale that will be overseen by the PSC and one that could affect ratepayers. The sale would give NorthWestern a 12.5% larger stake in the plant.

Most of the costs associated with taking on more of Unit 4 would be passed to ratepayers. It’s an issue that the new commissioner, either Brown or Woods, will likely have to face.

“I’m looking at the numbers and I think it’s a terrible deal,” Woods said. He added that ratepayers are already paying too much for the assets that NorthWestern holds and any increase would be unfair to ratepayers.

Citing the potential to be on the PSC when the sale is debated, Brown declined to comment on the case.

Brown said he believes that his background as an attorney will help him if he is elected as the Commissioner representing District 3. “PSC commissioners serve as de facto judges on cases that come before them,” he added. “With 16 years of legal practice I have the qualifications to do that.”

Though most of his professional career has been as an attorney, this is not Brown’s first foray into politics. He spent six years in Washington, D.C. working as a congressional aide for former U.S. Senator Conrad Burns, among others, and representing the conservative advocacy group American Tradition Partnership in a case challenging Montana’s campaign contribution laws.

He has also run for office before, first in 2008 for the Montana House of Representatives, and then for the PSC in 2012, losing both times.

With the Nov. 3 election looming, Woods said he is thinking of changes that would benefit ratepayers.

“I’m working with past public service commissioners,” he said. “I’m working with present legislators, and I talked to NorthWestern Energy. I’ve talked to wind developers and storage providers. I am trying to forge a way out of this thicket we have found ourselves in. The way we have set up compensation for the utility is stifling innovation.”

Woods said he believes Montana’s energy future lies with renewable energy. “The sun shines, the wind blows, we have hydro,” he said. “I want to see more net metering and community solar. I would like to see communities enabled to put up solar farms and wind farms. It’s a winner for ranchers and a win for Montana.”

Brown said he will push for an “all-of-the-above” energy strategy, one that would use every resource the state has to keep the lights on. “We have coal, natural gas, wind, solar, water,” he said. “I truly believe that every single one of those resources should be used to produce power.”

Whoever wins the seat in District 3 will be just one of 5 commissioners on the PSC, which has recently been marred by infighting, scandal and ethics violations.

“The current commission is damaging the reputation of the Commission and the important work it does,” Brown said.

It’s a sentiment shared by Woods and Brown, who are running for the seat vacated by Commissioner Roger Koopman.

“Attendance at meetings has been very low (and) transparency has been awful,” Woods said. “The waffling on NorthWestern’s acquisition of yet more of Colstrip was inexcusable and the infighting among the commission members is embarrassing.”

Woods said he will work for a more open and transparent PSC by holding open public meetings, communicating openly with the press and providing ratepayers with all necessary information.

“We do not hide information from the public,” Woods said.

Brown agrees that there is a lack of transparency on the current Commission, but feels that the way to address it is as simple as following Montana’s Constitution.