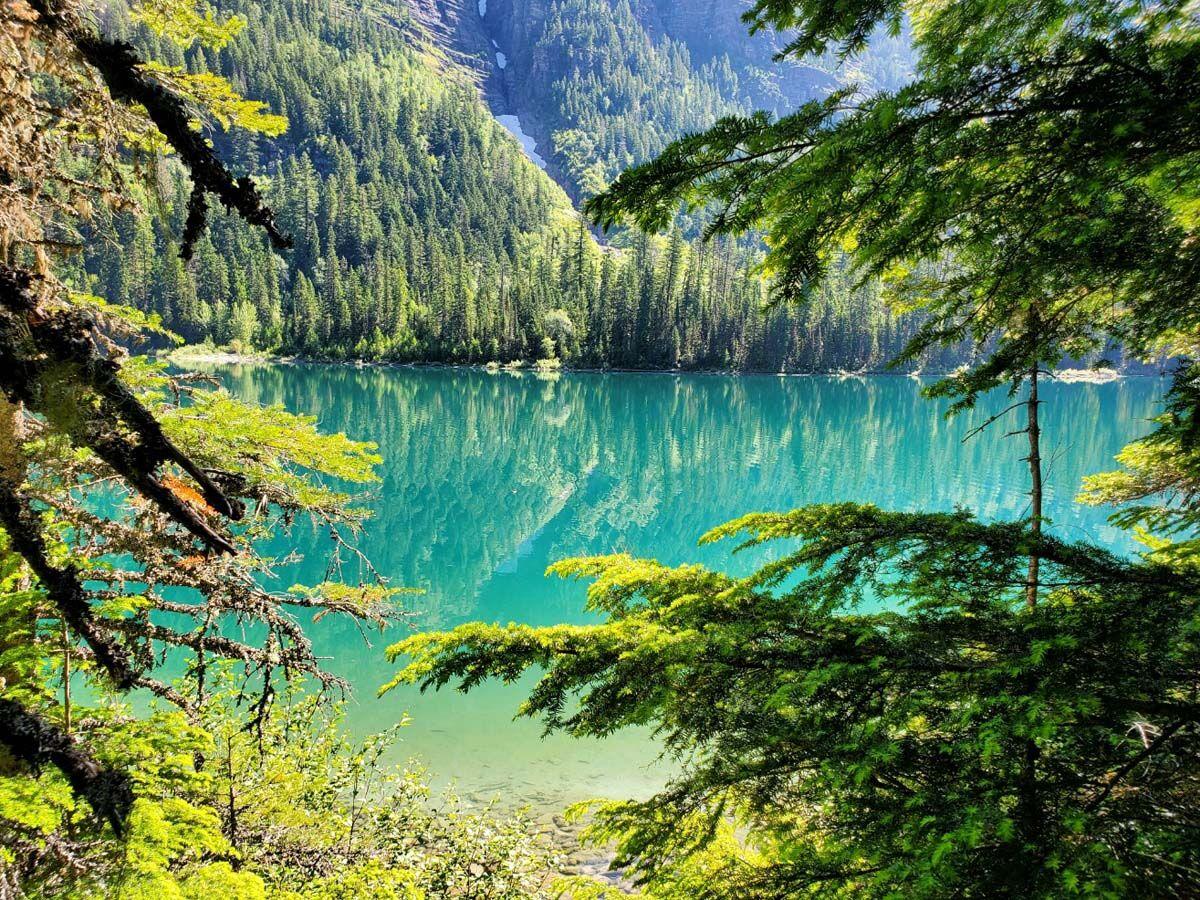 The turquoise water of Avalanche Lake is seen through trees in Glacier National Park. 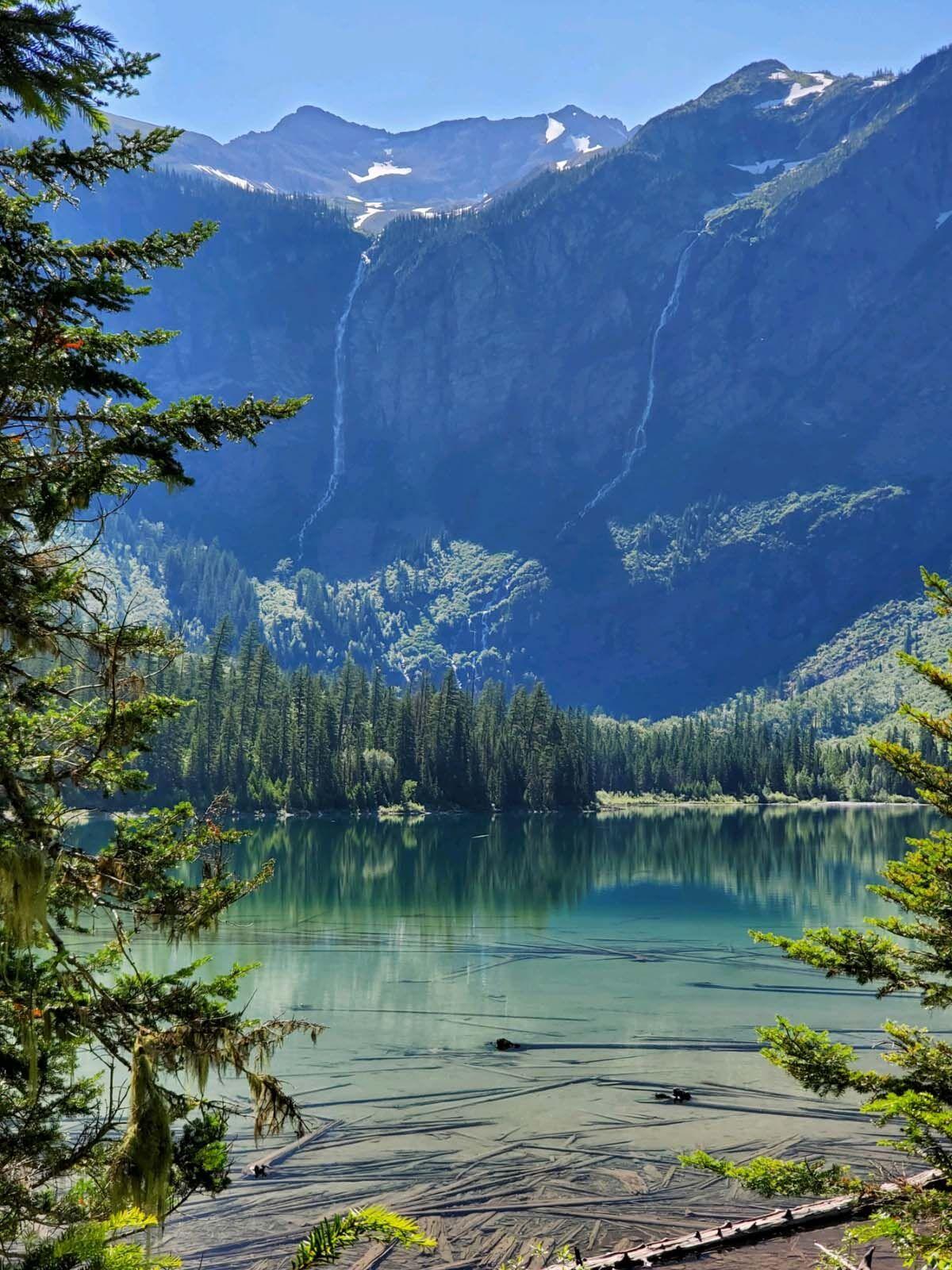 Avalanche Lake, as well as two long waterfalls in the distance, are viewed from the foot of the lake at Glacier National Park.

After unsuccessfully securing an a parking space at Avalanche Creek on the first day of a recent trip to Glacier National Park, the plan to hike Avalanche Lake was pushed back a day.

This hike was on my “to do” list while in the park, so I was disappointed it didn’t happen that first morning. Knowing the popularity of trail, I arrived at the west gate even earlier the following morning.

Apparently everyone else had the same idea, however, as once again the parking areas were at capacity. Fortunately, after driving about a mile up Going to the Sun Road, there was an available spot in a pullout.

It added another 2 miles to what should have been just a 4.5-mile round trip trek to the lake, but I was just thrilled to have found a spot. I quickly loaded up my backpack and headed back down to Avalanche Creek.

The hike begins with the Trail of the Cedars, a short loop that connects with the trail for Avalanche Lake. The east side of the loop features a raised boardwalk within a dense forest.

Some of the trees in this area, according to some information I found online, are more than 500 years old. The area is damp, which provides for a green forest floor and plenty of moss.

I really enjoyed this short stretch of the hike, and after about half a mile I came to a footbridge — with a fantastic view of lower Avalanche Gorge — that crossed over Avalanche Creek. The connection for the Avalanche Lake trail is a short distance from the bridge.

Above the gorge, the trail follows Avalanche Creek for about a mile and then begins to work away from the creek towards the lake.

Along the way, about 1.5-miles into the hike, there are hundreds of downed trees due to avalanches. Less than a mile later, I had reached Avalanche Lake.

It was a stunning view as I walked onto a beach from the foot of the lake. My only complaint was the amount of other hikers bellowing along the water’s edge, which disrupted what would have been a tranquil experience had this not been such a popular site in the park.

Looking straight ahead, to the south, is Little Matterhorn. The mountain is more than 7,800-feet tall and featured two very long waterfalls.

Wanting to get a closer look at the waterfalls, I continued on the trail along the western shoreline to the head of the lake. On the way, as the trail gradually rose above the shoreline below, were breathtaking views between the trees of the turquoise water below.

The waterfalls in the distance, which were much more difficult to see from the head of the lake due to trees, are fed by Sperry Glacier. Unfortunately, the glacier is not visible from the lake.

Still, it was a spectacular view from the other side of the lake looking to the north at Bearhat Mountain.

How to get there: From the west entrance of Glacier National Park, drive Going to the Sun Road east to the Avalanche Creek Picnic Area. From there follow the signs to the trailhead.

— Dan Chesnet is the sports editor of the Belgrade News and may be reached at dchesnet@belgrade-news.com.