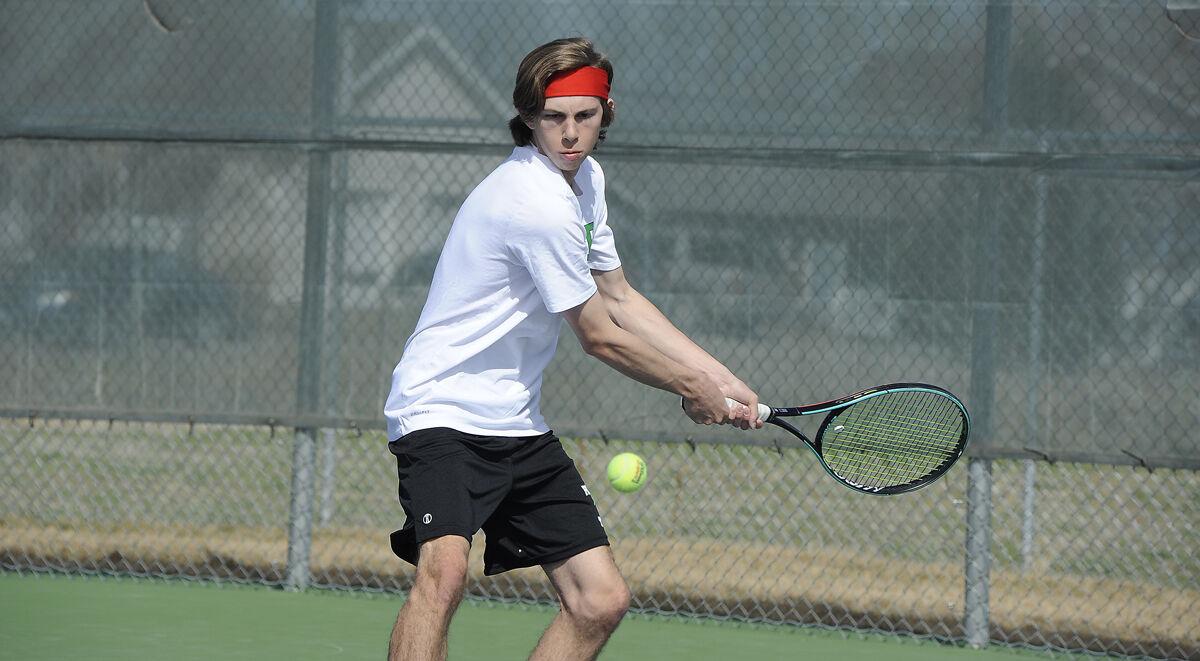 Belgrade's Coulter Thorn returns a serve during a No. 2 doubles match against Missoula Sentinel Saturday at the Anderson Tennis Courts. 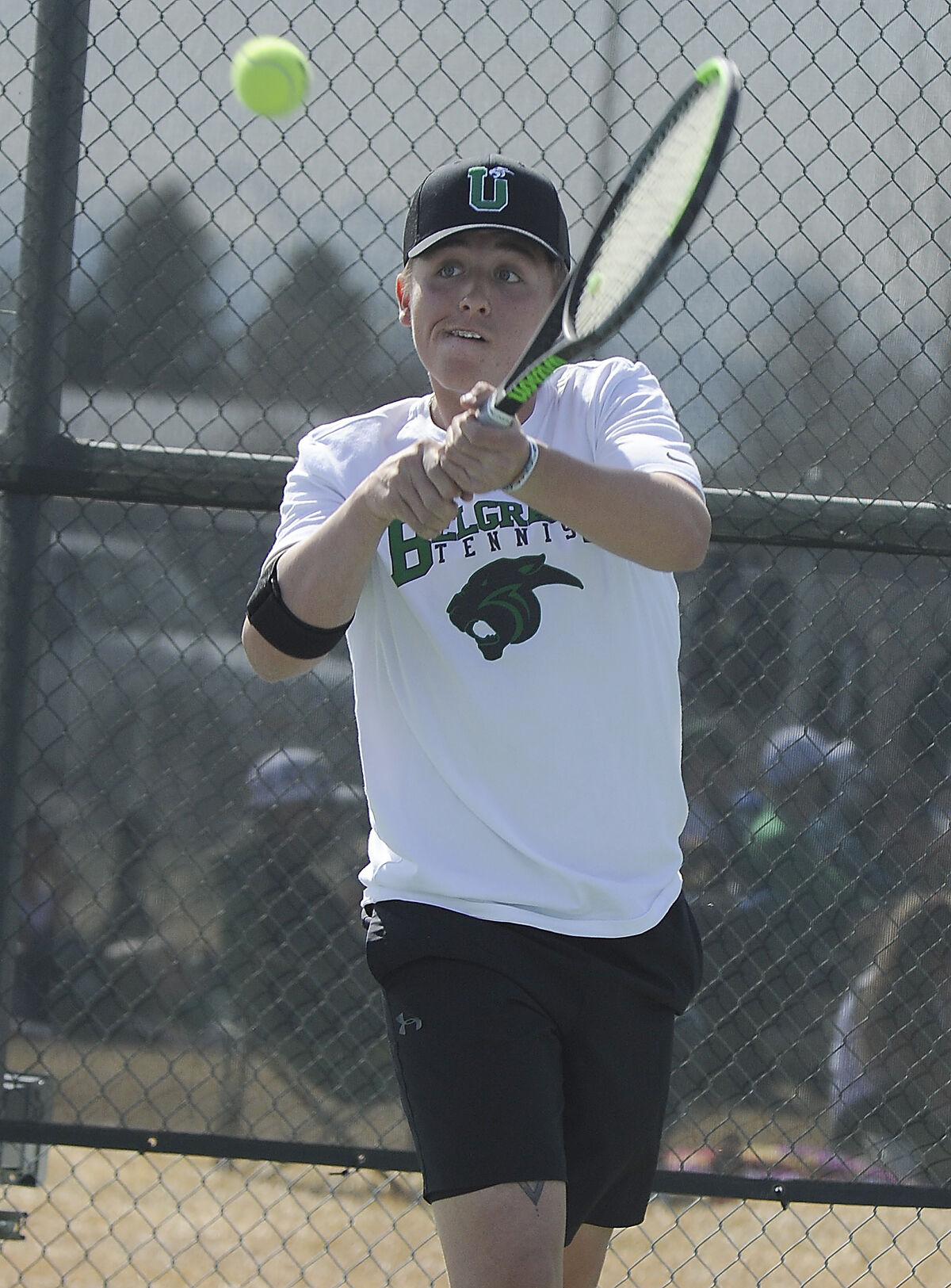 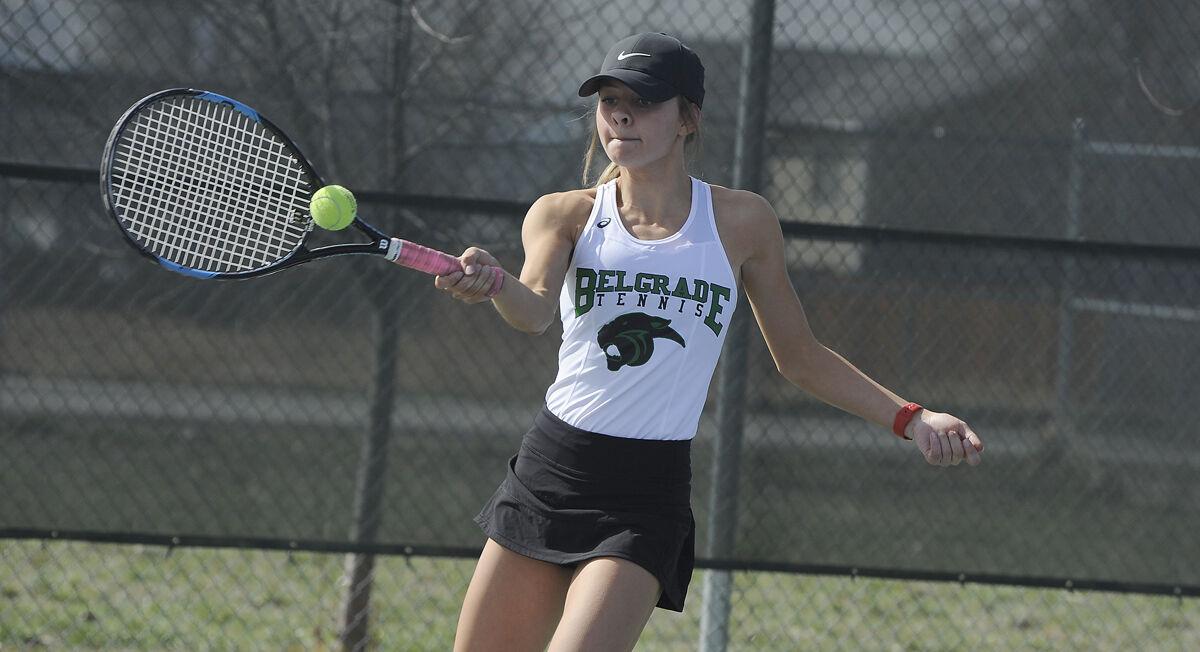 Belgrade senior Taylor Thomas returns a forehand during a doubles match against Missoula Sentinel at the Anderson Tennis Courts. 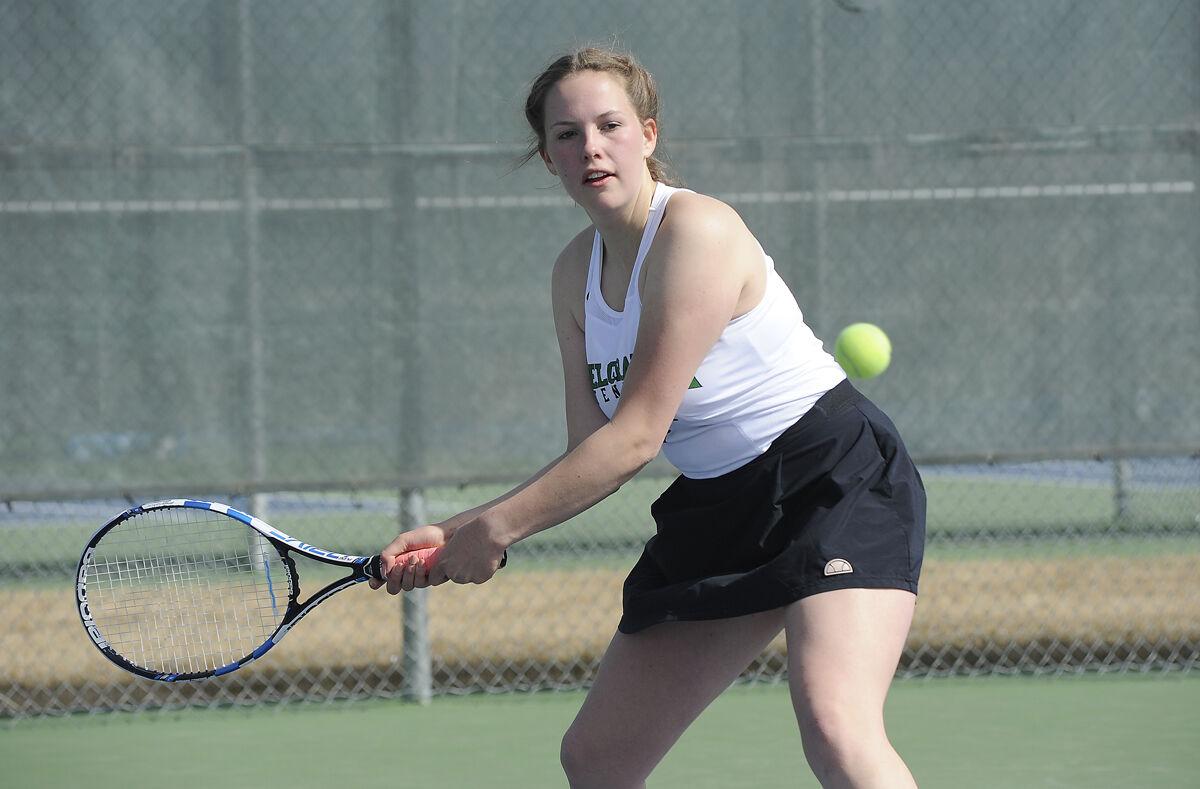 Belgrade senior Ava Wagner returns a forehand during a doubles match against Missoula Sentinel at the Anderson Tennis Courts.

In its first duals as a Class AA program, Belgrade’s tennis teams each notched victories Saturday at the Anderson Tennis Courts.

The boys swept all four singles matches en route to defeating Missoula Sentinel 6-2 to begin the season, and then beat Missoula Hellgate 5-3 later in the day.

The girls only competed against Sentinel and won 5-2.

It was the first competition for the program in nearly two years following the cancelation of the 2020 campaign, and conditions couldn’t have been better with players enjoying plenty of sunshine and temperatures in the 70s.

“Everyone was just excited and nervous. They were all ready to go for sure,” Panthers head coach Justin Arndt said. “Even the coaches were (excited). It was just so nice to be back out there by the courts.”

Belgrade’s boys did not lose a singles match on the day. Dawson Brooks, Coulter Thorn, Quinn Gannon, and Jarek Carlson won at No. 1, No. 2, No. 3, and No. 4, respectively.

“It was great to see our top players playing right along with their top players,” said Arndt. “So that was fun to see for sure.”

Scott Poppe and Eric Lee were the only doubles team to win twice on the day. They won tie-breakers in both matches at No. 1 doubles.

The tandem of Dalton Mattson and JD Hoppe won a tie-breaker at No. 1 doubles against Sentinel’s Andrew Hauser and Maiden Crews 7-5, 6-7 (2-7), 10-5. Arndt noted they “buckled down” to win the match.

“They deserved it too,” he said. “They did very well and they pulled it together when they needed to.”

On the girls side, Bella Anderson and Alexa Dryer notched victories at No. 1 and No. 2 singles, respectively. Anderson defeated Sentinel’s Mia McLennen 6-2, 6-2, while Dryer beat Jayden Johnson 6-4, 6-1.

“Both Bella, at number one singles, and Alexa were quite evenly matched with their Sentinel counterpart,” said Arndt. “They fought hard and did well to get those wins.”

Belgrade’s other three victories were in doubles action. Alianza Zwang and Taylor Thomas needed a tie-breaker to win their match at No. 2 doubles, while Halle Tolley and Payton Mancoronal won in straight sets at No. 3 doubles and Talia Gilpin and Shae McCauley at No. 4.

Belgrade returns to action Saturday with duals against Billings Skyview and Billings West in Billings.

“There’s a lot of poise and maturity even with some of the younger kids,” said Arndt. “There was a lot of good confidence out there and it was great to see because they deserve it. They’ve worked hard, they’ve work hard over the past few years.”