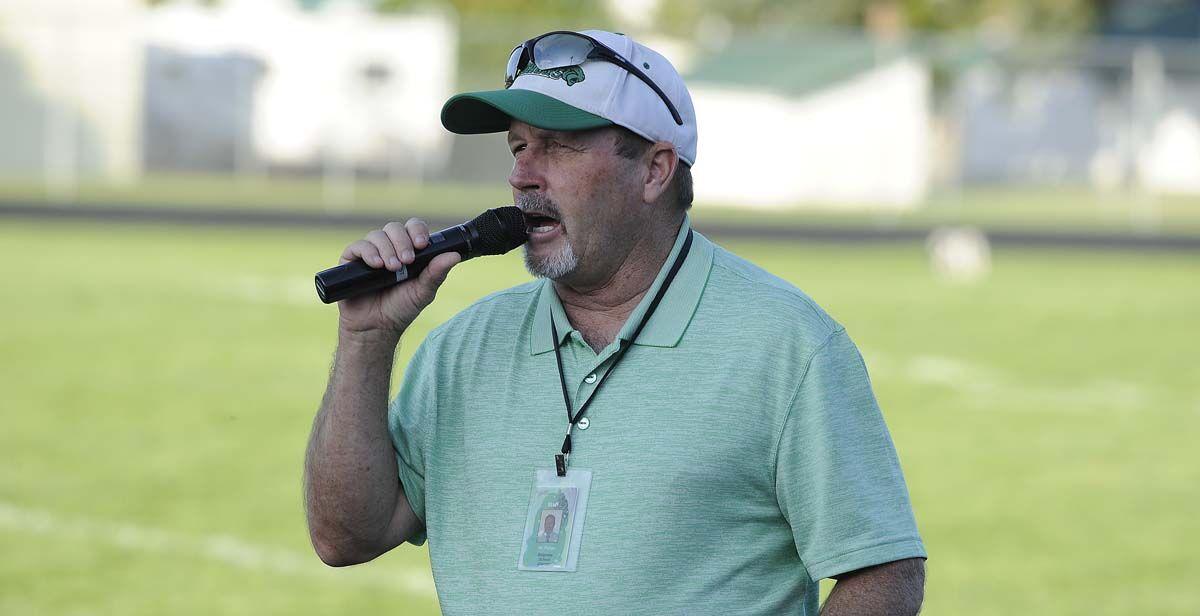 Belgrade Activities Director Rick Phillips addresses during the crowd during the school’s fall sports spirit night in August of 2019. 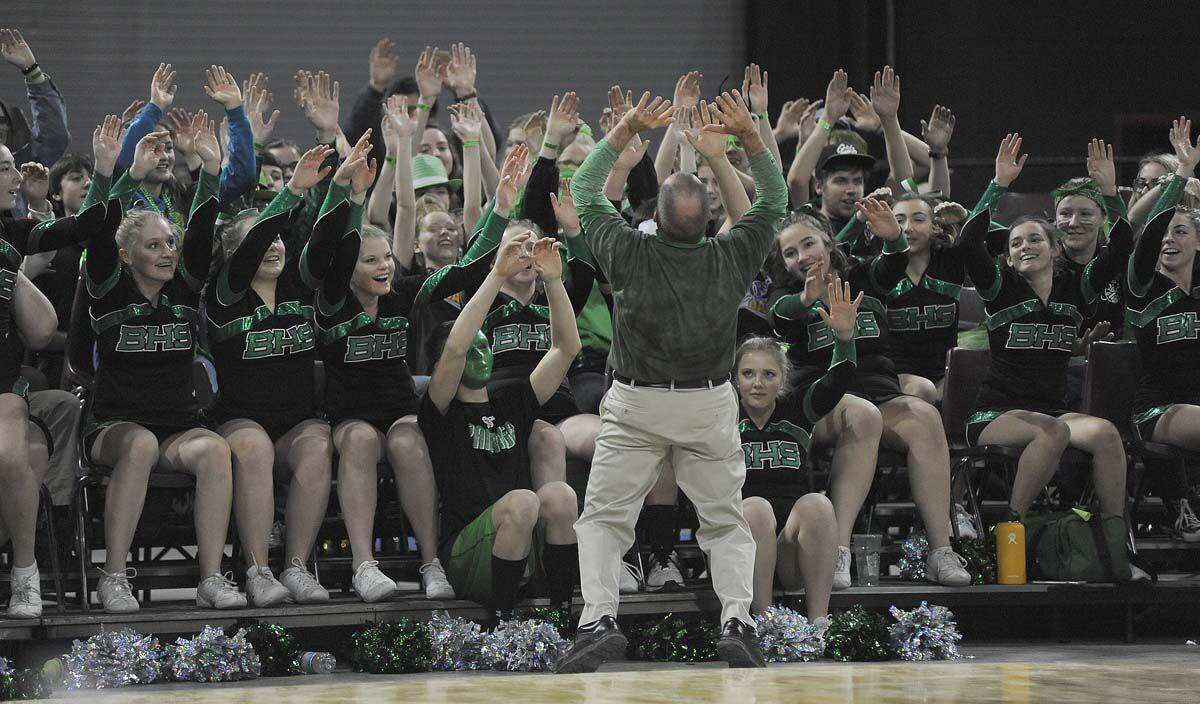 Belgrade Athletic Director Rick Phillips leads the student section on a cheer during a divisional basketball tournament in 2018. Phillips is retiring after 26 years in education, including the past 11 as Belgrade’s athletic director.

After more than a quarter century as an educator in Montana, Rick Phillips has decided to step away. Wednesday Belgrade’s activities director turned in his resignation to Superintendent Godfrey Saunders.

It was a bittersweet moment for Phillips, who noted his time in Montana ends how it began.

While Phillips is retiring in Montana, he’s not finished as an educator. Phillips was offered and accepted the athletic director position at Todd Beamer High School in Federal Way, Wash.

“Long time coming, but fairly sudden,” Phillips said of his decision. “I’ve been looking, but I was waiting for the right fit and the right opportunity, and this one came around and it’s pretty exciting.”

Todd Beamer High School is located south of Seattle and is named after a passenger who was killed on Flight 93 during the September 11 terrorist attacks.

Phillips had been looking for another opportunity since last year and received interest from officials at Todd Beamer High School in January when they conducted reference checks. But things went quiet due to the COVID-19 pandemic, so Phillips reached out to see if the position had been filled about a month ago.

Last week he was interviewed and then a second interview was held on Friday with the high school principal.

“Both of those went really well obviously,” said Phillips. “Then last night (Tuesday) I got called and offered the position to come to Federal Way.”

Phillips noted it’s a diverse school with 67% minority among an enrollment of 1,600 students. More than 120 different languages are spoken within the school, and the athletic programs have every sport that Belgrade does with the addition of baseball, bowling, diving and swimming.

“It’s pretty exciting to go to a high school that has that much culture in it,” said Phillips. “It’ll be something.”

As for a starting date, Phillips was unsure of when school will resume due to COVID-19. The area was hit hard by the virus and teachers and administrators are still working remotely.

“I just don’t know exactly where they are in that phase of things,” Phillips said. “But I’m anxious to get over there and find out and see how I can learn and help and offer suggestions on what we can do to hopefully get back to whatever our new normal is going to be.”

Phillips has been in education for 39 years, including the past 26 years in Montana. He began his career in New Mexico before moving to Montana in 1994 to take a position at Chief Joseph Middle School in Bozeman.

Phillips taught at Sacajawea Middle School for 13 years, and also served as athletic director for seven years, before being hired as the activities director at Belgrade in 2009.

While in New Mexico, Phillips coached both football and track and field, and won a state track championship as head coach in the state’s highest classification in 1990.

“(I’d) been as assistant with that program two or three years prior to that where we finished second numerous times,” Phillips said. “I was fortunate to get over the hump and win a title.”

While at Belgrade, Phillips was known for his ability to not only connect with student-athletes, but all students within the school. He often led the student section in cheers during games and was named the Montana Interscholastic Athletic Administrators Association’s Activity Director of the Year in 2014.

Phillips also helped usher Belgrade into a new era in Class AA this past year, and plans to fill several coaching vacancies before leaving for Washington. The school has openings for head coaches in boys basketball, boys soccer, wrestling and volleyball.

“I’m trying to do what I can to put the school in the best place that I can before I leave,” Phillips said, “and leave it in good hands for whoever comes and takes my place when I’m done.”

Now that word is out about his departure, Phillips acknowledged it will be difficult to control his feelings as colleagues, students and parents say goodbye.

“There’s a lot of emotions. It’s pretty easy to keep them in check when you’re not in front of a lot of people and tell them what’s going on. But if I get in front of anybody, yeah I tear up,” he said. “I love Belgrade, I love the community, I love the atmosphere — I’ve loved everything about it since I got the job. I told them on the day that I got the job that this is my dream job, and couldn’t believe that I was finally able to get it, and I thoroughly enjoyed my time here.”