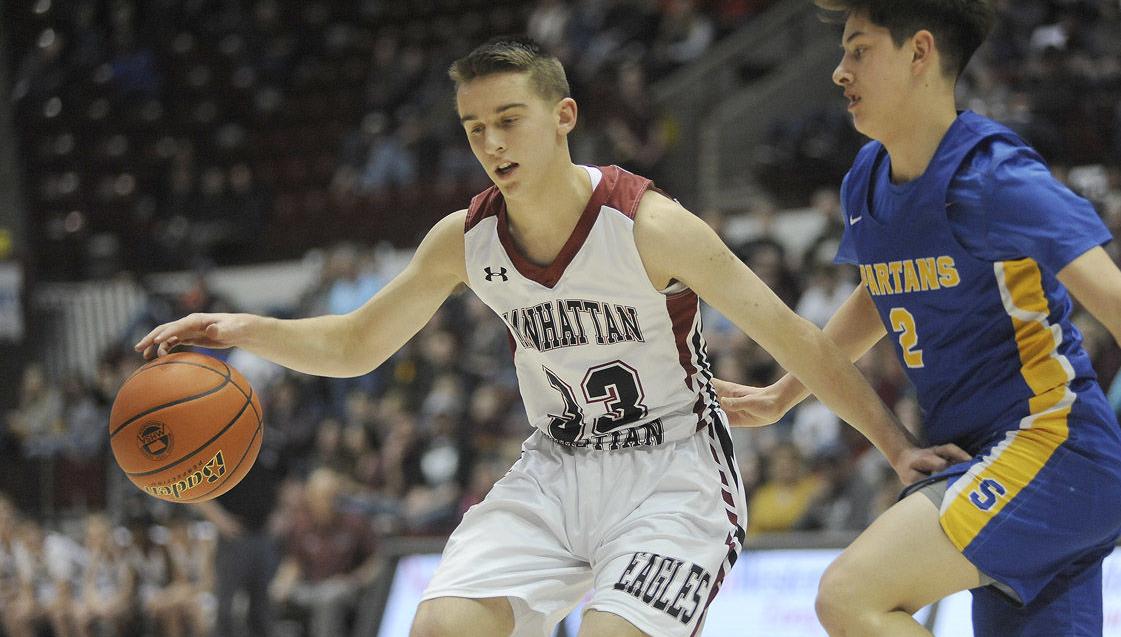 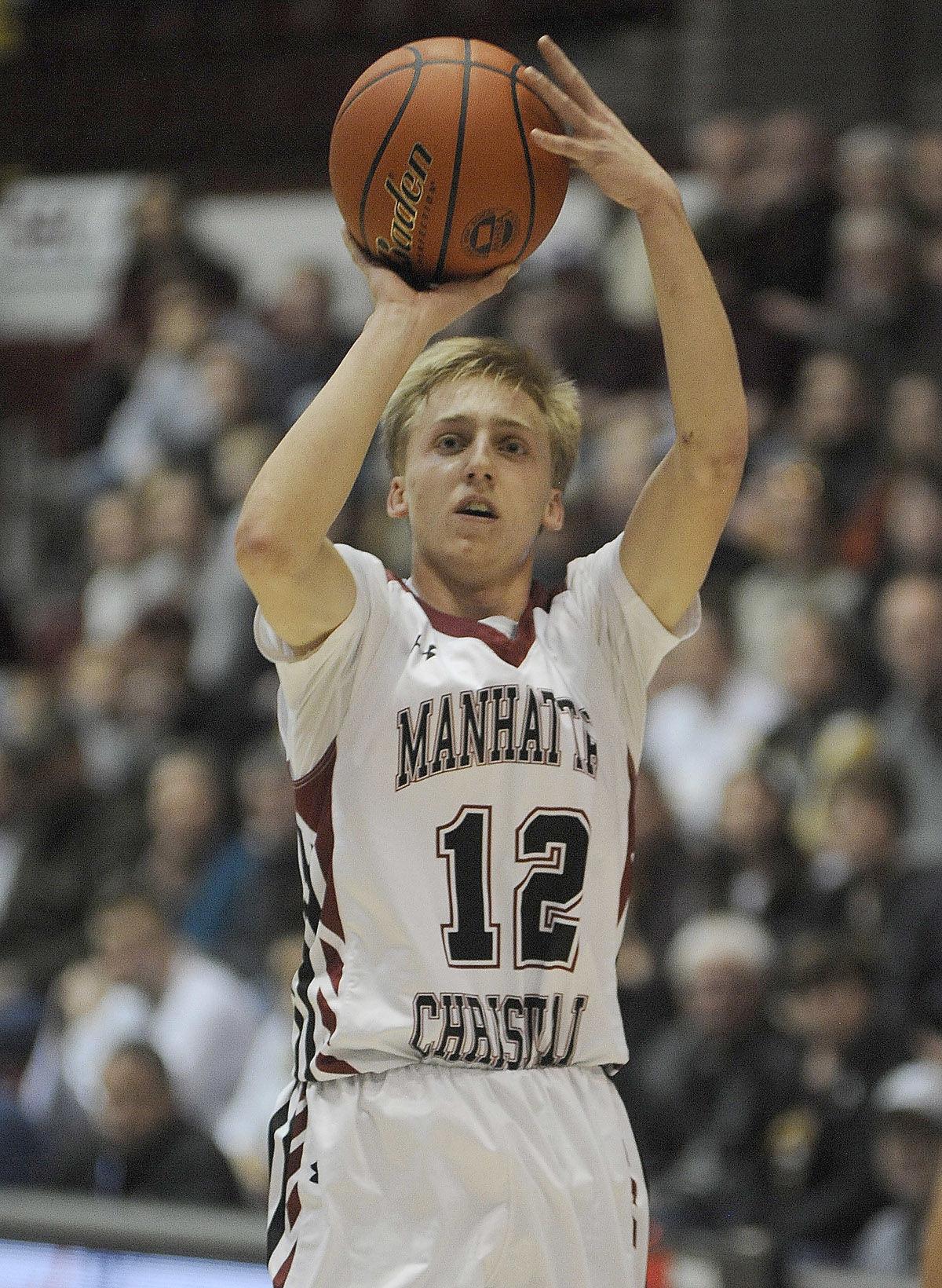 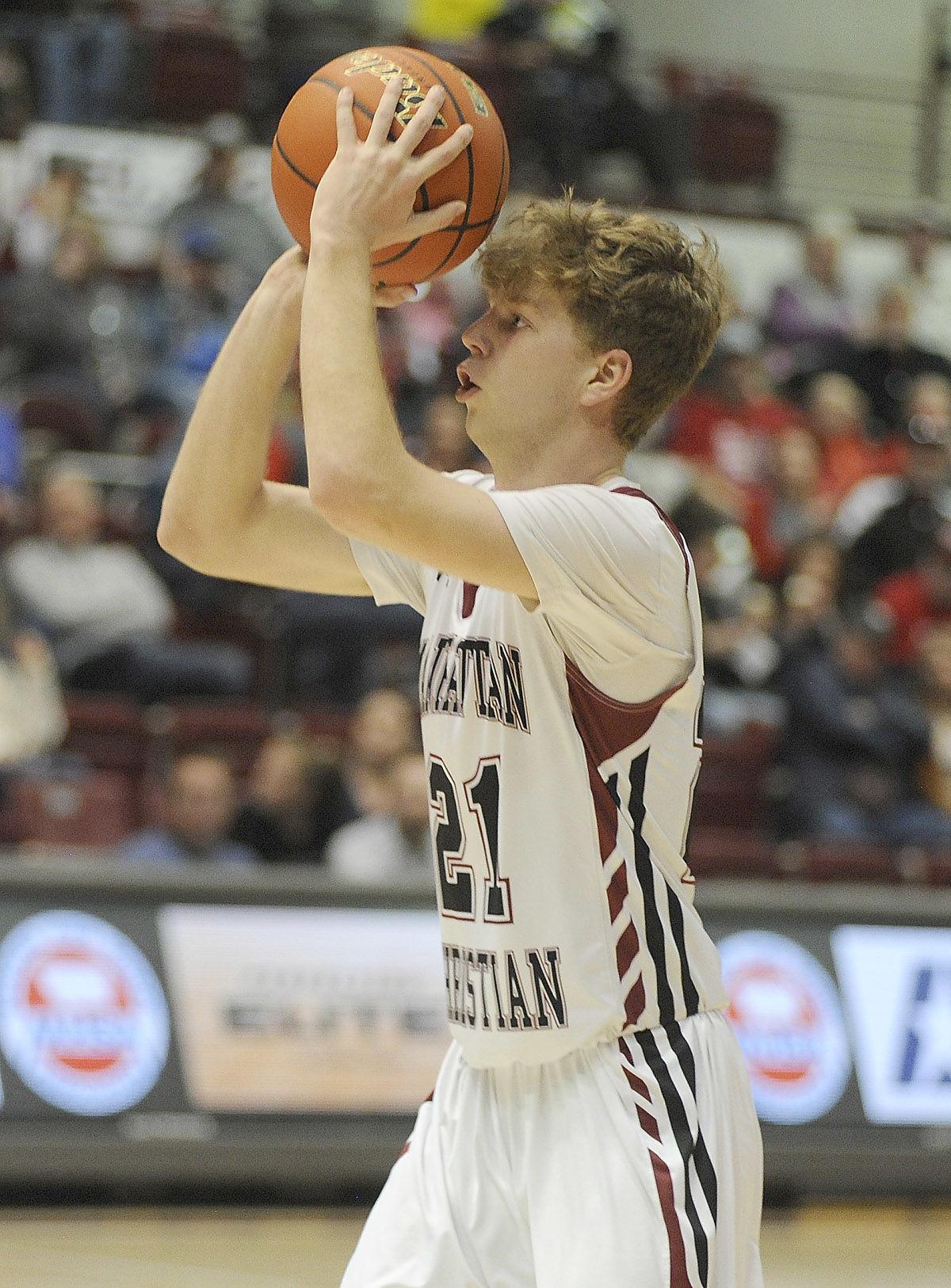 Manhattan Christian’s boys were a prolific three-point shooting team this past season and set a handful of all-class state records in the process.

Most notably was the individual performance of Sam Leep during a conference game in late January. The senior guard set a single game record with 14 3’s en route to scoring a career-high 44 points in a 63-point rout of West Yellowstone.

The Eagles tied a single game record with 22 makes from behind the arc in that contest, and went on to break Montana High School Association state records for attempts in a season (726) and makes (248) in a season.

While the defending State C champions embraced an up tempo style of play, breaking records was never at the forefront. In fact, it wasn’t until that West Yellowstone game when head coach Jeff Bellach began to realize something special was happening.

“It wasn’t something that I started really looking at until actually the West game when Sam hit all those threes. Then we started taking a look at it,” he said. “Obviously we had a lot of kids that put in a lot of time and can shoot the ball, and we kind of went all in on the run and gun game.”

Christian rode its perimeter shooting to a sixth consecutive state tournament and reached the semifinals for a fourth straight year during a 24-3 campaign. Leep, along with fellow senior Josiah Amunrud and junior Caidin Hill, formed a sturdy foundation and guided a fairly young team back to the postseason.

Leep and Amunrud averaged 19.9 and 16.3 points per game, respectively, while Hill averaged 8.1 points and dished out 233 assists. The trio earned All-State honors in District 11C for their efforts.

“We worked for fast break threes and driving kick threes from Caidin,” said Bellach. “Caidin does such a good job of creating that shot for people and he’s such a great passer, and that’s part of it too. It takes that to get that, and he was great at facilitating to guys like Josiah and Sam.”

The Eagles averaged 9.5 3-point makes per game, led by 89 from Leep. He shot 44.5 percent from behind the arc, and the single game record of 14 against West Yelloswstone eclipsed the mark of 13 set by Ronan’s Matt Luedtke in 2000, according to the MHSA record book.

“They (Amunrud and Leep) put in a lot of time to be able to shoot like that,” said Bellach. “To be able to reward them with opportunities is fun and awesome. Hopefully they get to keep doing that.”

As well as the Eagles shot from beyond the arc, Bellach acknowledged the lack of an inside presence cost the team at the state tournament in losses to Scobey and Twin Bridges.

“Looking back, when we came up against Scobey and Twin, the lack of an inside post presence on both ends of the floor, it stood out a little bit. And it wasn’t that we didn’t have kids that were capable, but I feel like we got away from establishing a back to the basket player a little bit,” he said. “That was something the past few years we were able to get some easy buckets that way and we were able to occupy some space inside.”

Three members of the Eagles’ girls team, which Bellach also coaches, earned All-State honors as well. Christian reached state for the first time in a decade to cap a 22-6 campaign.