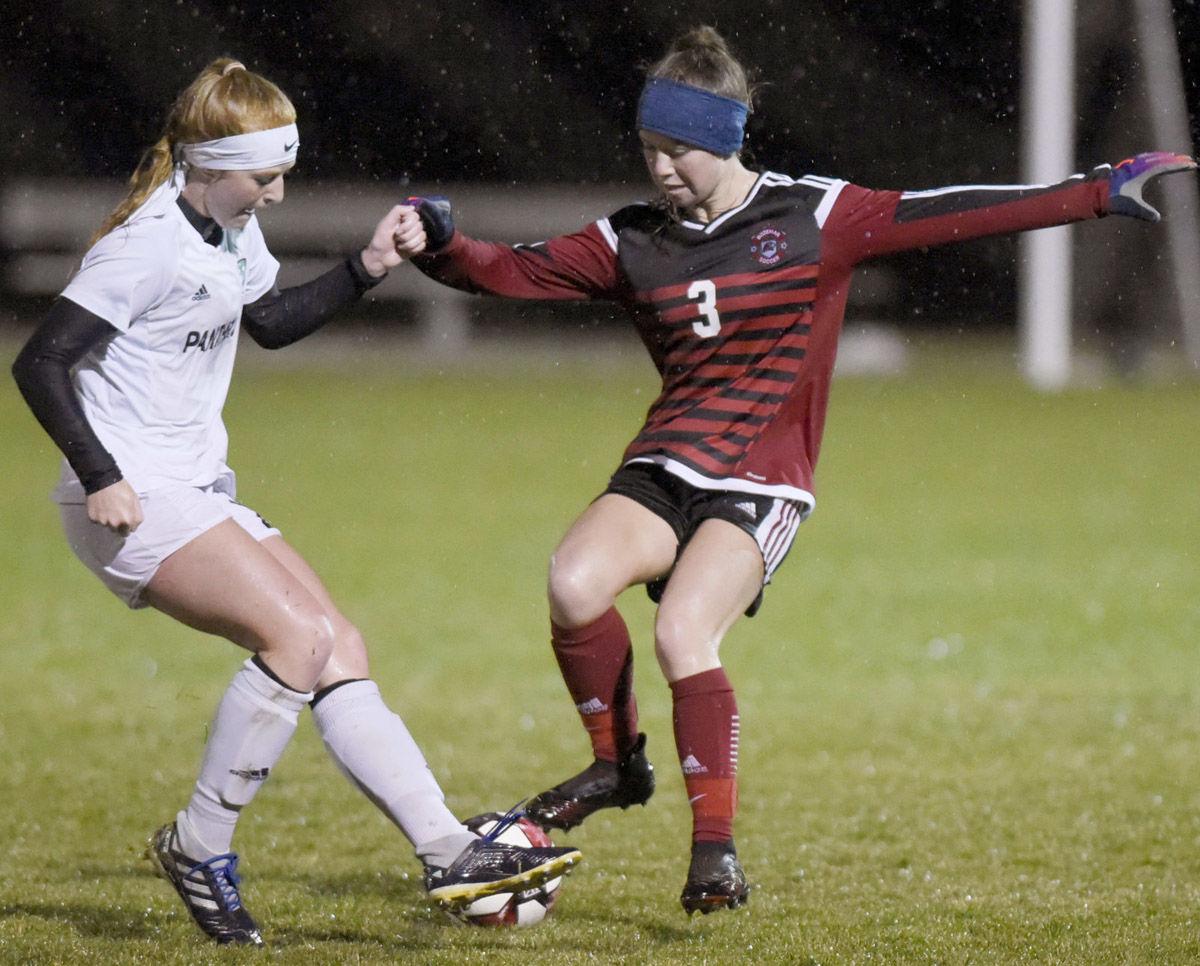 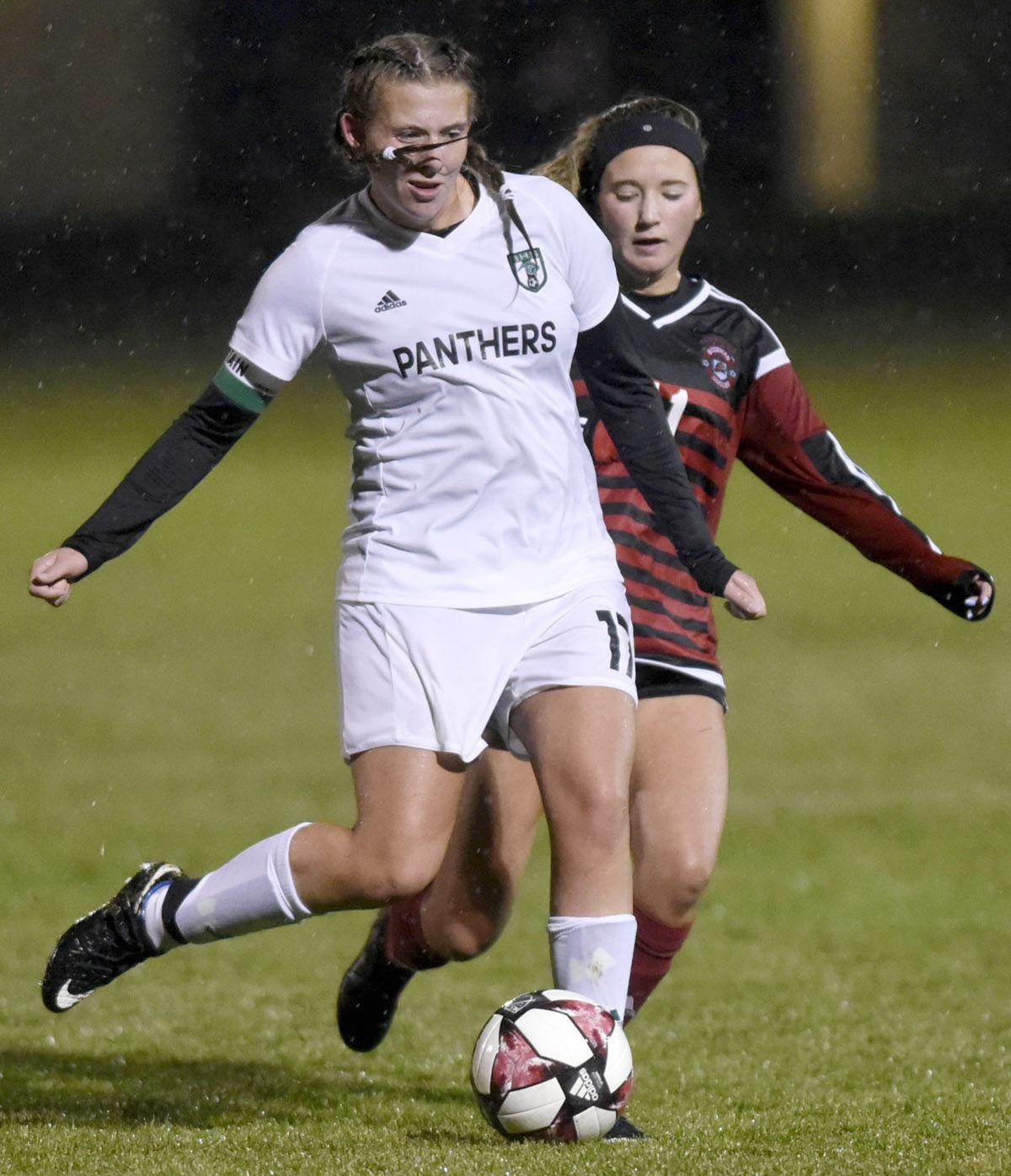 Bozeman broke its huddle and players screamed as reserves headed to the sideline. Starters took the field and clapped. The Hawks embraced the weather they were about to play in.

As a steady downpour drenched the field at Bozeman High, the Hawks remained relentless in a 3-0 win over Belgrade. Bozeman scored three times before halftime, controlled possession throughout and never allowed the Panthers a legitimate chance to win.

“We did a really good job of creating some good chances obviously,” Hawks head coach Erika Cannon said, “and were able to put some in. That made it more comfortable.”

Before the game started, Cannon and her Bozeman players discussed how they had no choice but to enjoy the conditions. Both teams had to deal with it, and they understood it’s something that comes with living where they do.

“The mentality was great,” Cannon said. “I think they came out strong. They embraced it even though they were hypothermic.”

With the win, the Hawks (9-1-3, 8-1-3 Eastern AA) closed the regular season on a four-game win streak. Following a 1-0 loss to Billings Skyview and a scoreless tie against Billings West, they rounded into form and played their best toward the end of the year.

Thursday’s game served as Senior Night, and as Class AA enters a newly implemented playoff format in the postseason, Bozeman is looking forward to continuing to execute what went well against the Panthers.

All three of Bozeman’s goals came as a result of pressuring Belgrade’s back line. The Hawks possessed the ball often in the Panthers’ half, and Belgrade rarely generated scoring opportunities.

Their only opportunities came on counterattacks, but even then, Bozeman’s midfielders tracked back on defense and quickly outnumbered Belgrade since the Panthers dropped so many players deep to defend the Hawks’ ferocious offense.

“We were trying to break that packed in defense,” Cannon said. “That made it a little bit difficult because we had possession in their end. It’s hard to get in behind. But I think we did a great job of finding outside shots also, and we were able to find open players and we were able to create those goals so it was really good.”

Bozeman cracked through for the first time in the 17th minute as Sami Murphy stepped toward a loose ball at the top left corner of the box and ripped a shot across the face of the goal and toward the far post. As it flew near the net, Belgrade’s goalie could do nothing but watch the ball go by.

Six minutes after that, Olivia Collins pressured a Panthers defender, stole the ball and slotted a shot along the grass and into the goal. It was another example of Collins, who joined the Hawks’ varsity in the middle of the season, beating a defender and capitalizing.

And the Bozeman barrage continued in the 32nd minute as Payton Putnam received a cross from Madeline Kelly at the top of the box. Putnam then ripped a shot along the ground and into the side netting of the opposite side of the goal.

The three goals in a 15-minute span tilted the contest in the Hawks’ favor.

“They had three good, clinical chances,” Belgrade head coach Carl Bridwell said, “and they took them.”

In the second half, though the Panthers never scored, Bridwell complimented his team’s “idea.” But none of those plays resulted in goals as Belgrade could never crack through against the Bozeman defense.

In the final minutes, Cannon yelled out to players to “dig in.” But by that point, the hard work was already done. The Hawks’ three first-half goals were enough, and Bozeman closed out the game, and the regular season, from there.

Belgrade will play a first round playoff match Tuesday on the road.

"We're excited because hopefully we can play (Great Falls) CMR or (Billings) West and we know we can compete with them easily enough because we're in this division and we know how hard the games are," said Bridwell. "I'm just excited for what they accomplished in this weather today."