Belgrade's Isaiah Brandhorst scores a run Friday after Bozeman catcher Dillon Coleman is unable to handle the ball on a throw to the plate. 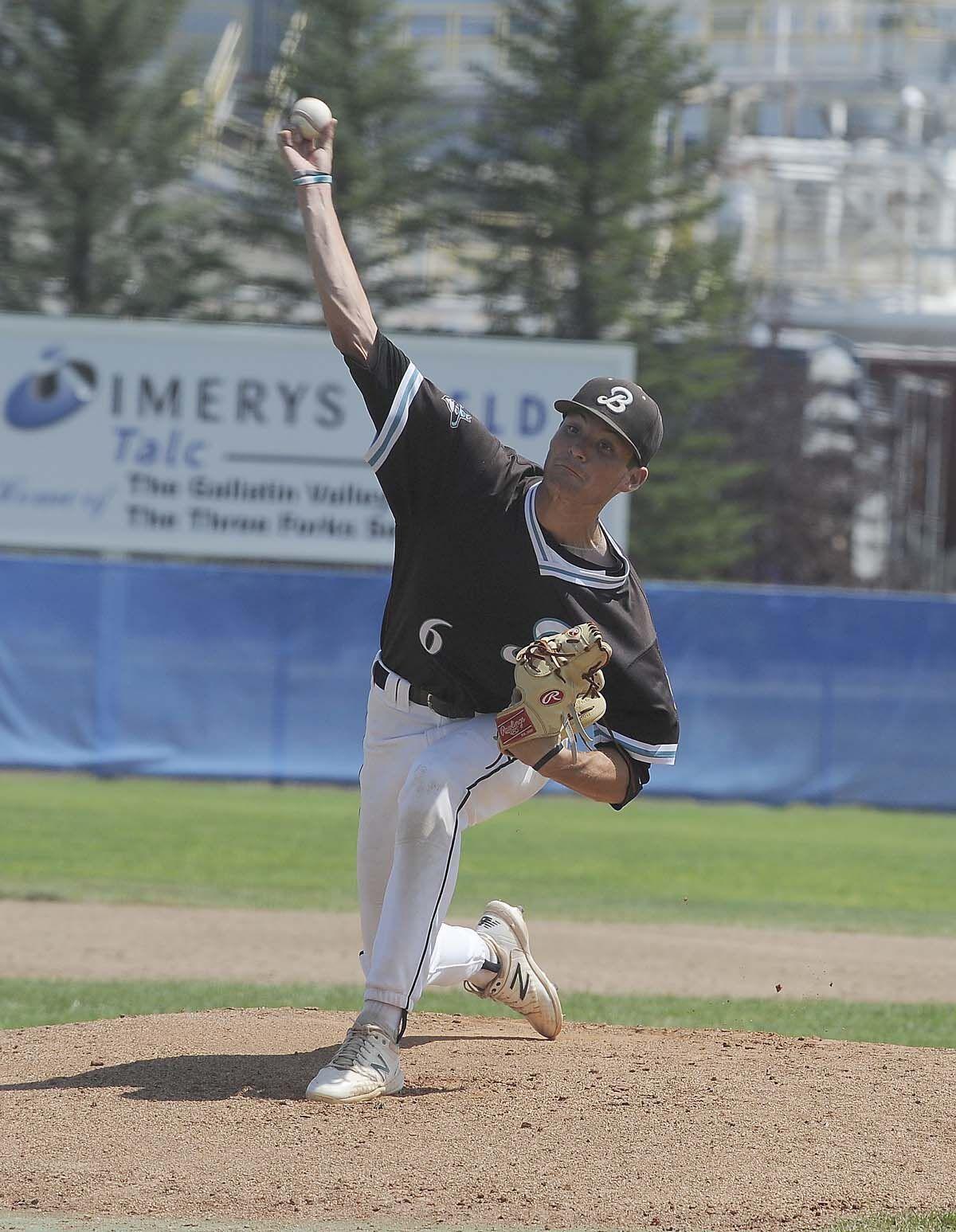 Belgrade's Cooper VanLuchene fires in a pitch Friday against the Bozeman Bucks at Imerys Field. 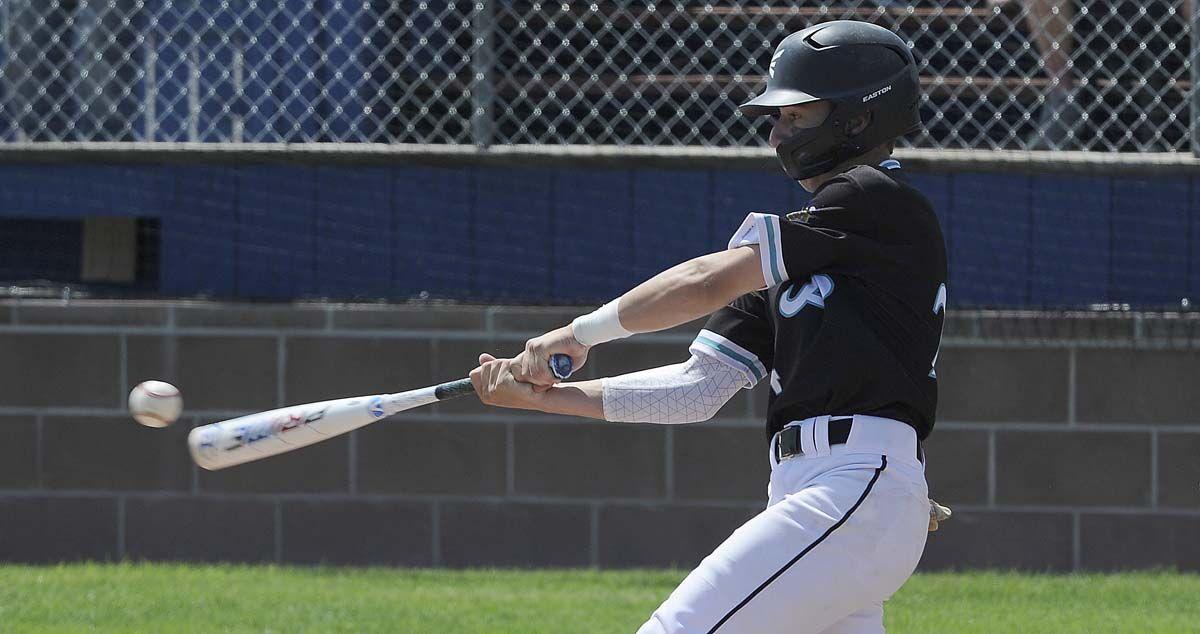 Belgrade's Aidan Kulbeck connects with a pitch Friday against the Bozeman Bucks at Imerys Field.

THREE FORKS — Powered by five doubles and aggressive base running, Belgrade took another step toward claiming a district championship Friday.

The Bandits jumped out to an early 5-0 lead and then tacked on some insurance runs late en route to a 10-2 second round victory against Bozeman at the Southern A District Tournament.

“We need to play the game well. Play good defense and we need to throw strikes,” he said. “And have a high percentage of quality at-bats.”

The Bandits took a 2-0 lead in the bottom of the first on a two-run single by Mason Jacobsen. Then they manufactured three runs in the second when Keaton Carter scored from third on a passed ball, and Isaiah Brandhorst scored from second on the same play when the ball squirted away at home plate.

“I love that style of baseball and I love that particular play,” said Graham. “It’s a mindset, it’s aggressive and it was will done by Brandy.”

An RBI-single by Coby Richards, which drove in Cole Thomas, stretched the lead to five before the Bucks finally got out of the frame. It was a big start for Belgrade, and gave Cooper VanLuchene plenty of cushion on the mound.

The Bucks did get within three, 5-2, after scoring runs in the third and fourth innings, but Belgrade put the game away in the sixth after Seth Green, Richards and VanLuchene each belted doubles that created three runs.

Thomas finished 3 for 3 and scored four runs, while Lane Neill, Jacobsen, Green and Richards each had two hits.

“Some real good AB’s by our guys and some barreled balls, some hard contact balls,” said Graham.

VanLuchene scattered four hits and struck out eight before being relieved by Neill in the sixth.