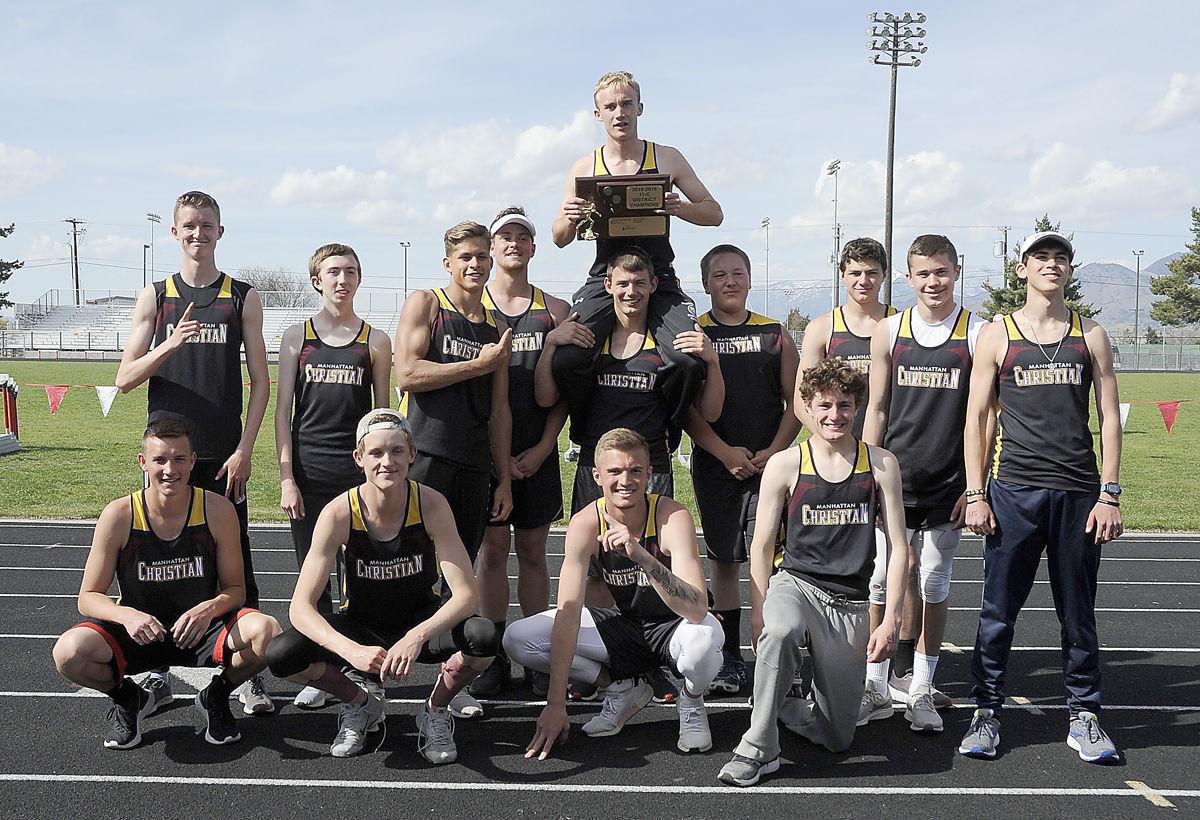 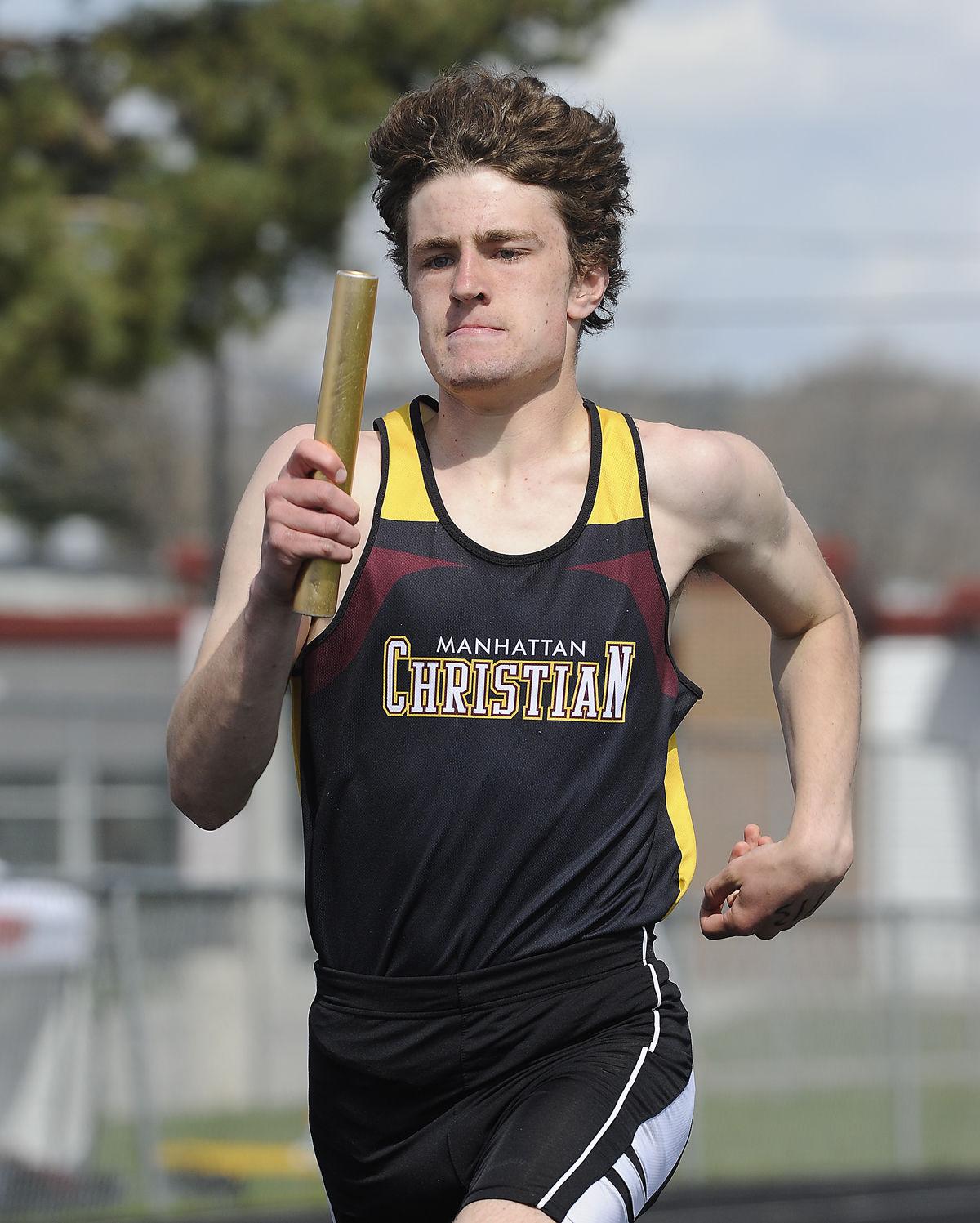 Manhattan Christian senior Landon Liudahl sprint around the track while competing in the 1,600 meter relay Saturday in Bozeman. 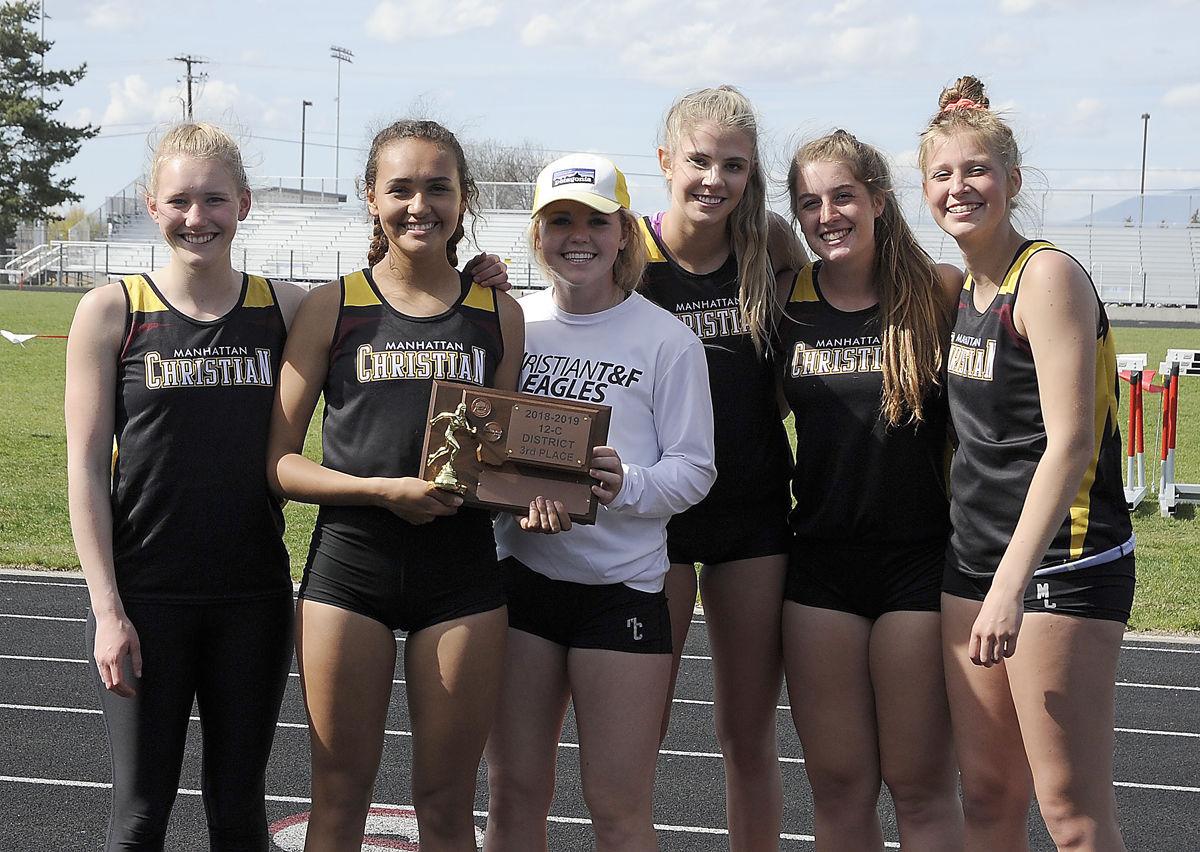 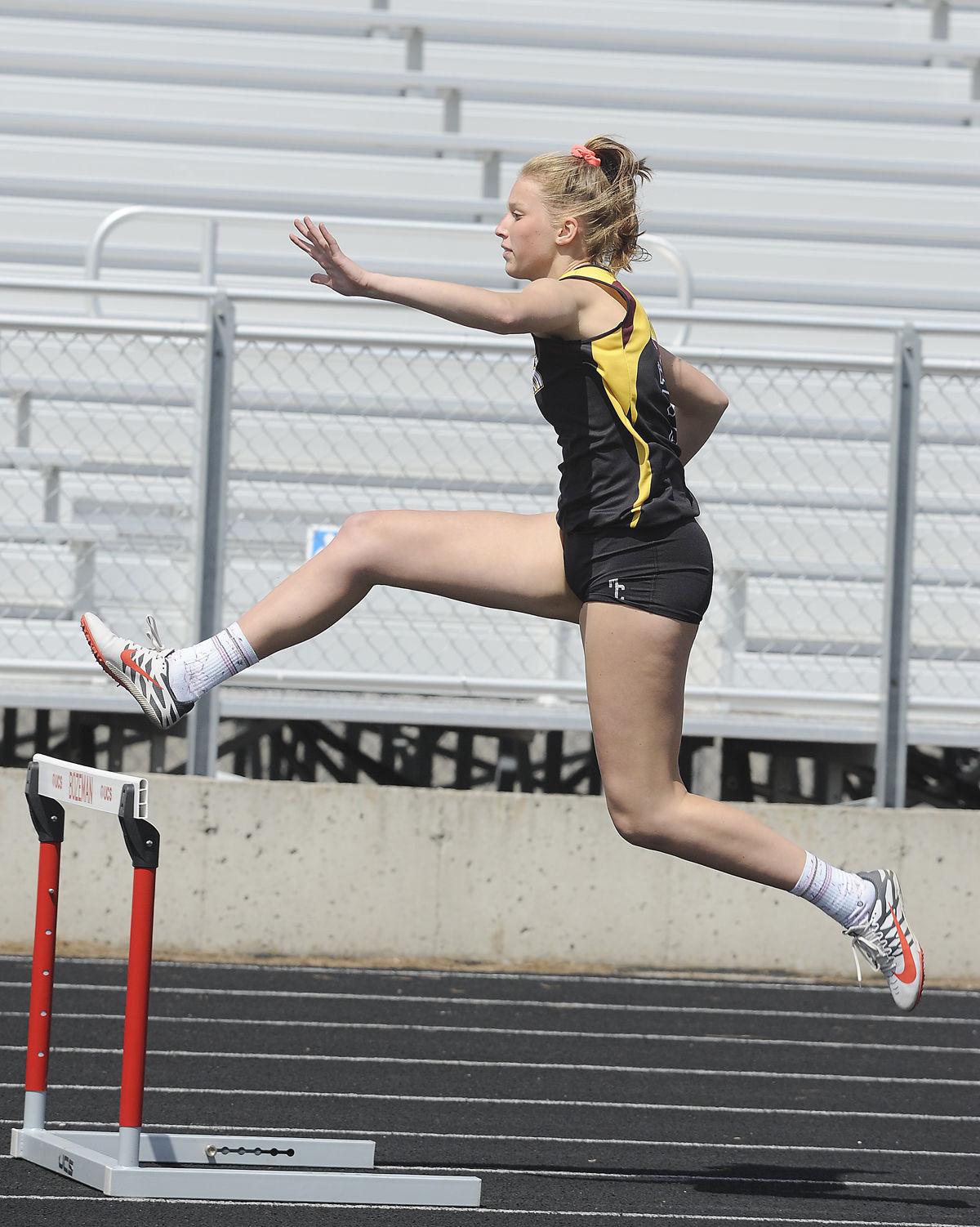 Manhattan Christian's Eliana Kuperus leaps over the first hurdle while competing in the 300 hurdles Saturday in Bozeman.

BOZEMAN — After crossing the finish line well ahead of the competition at Van Winkle Stadium, Caleb Bellach was informed of the hand held time.

The relay team, which also featured Landon Liudahl, David Aamot and Jakob Boscha, broke the school record after posting a time of 44.81 seconds. The previous time of 44.83 had been set a year ago.

“We knew we were going to be close, so to beat it by two-hundreths of a second is pretty cool. And we still have four races left the next two weeks,” said Bellach. “Can only get better hopefully.”

That was one of many highlights Saturday as Manhattan Christian cruised to the District 11C championship. The Eagles won 15 of the 17 events en route to amassing 211 points. Gardiner was a distant second with 121.

“Just the way that our boys are performing this year, we kind of expected to win,” first-year Christian coach Laura Arthun said. “But we didn’t expect just the way everyone performed today. We had a lot of amazing performances overall.”

“I won both (jumps), but I’ve done a lot better than I did,” said Bellach. “I think (it was) just fatigue. The next two weeks they’re on different days, so my legs will be fresh each day.”

“We had a lot of kids that were working up to having their big day today,” said Arthun.

On the girls’ side, West Yellowstone tallied 142 points en route to winning the championship. Shields Valley placed second with 114, while Christian was third with 110.

The Eagles were led by Faith Shepard, who won a pair of events and placed in five. The junior set a personal best in the pole vault after clearing 9-feet, 6-inches.

Shepard had been stuck at 8-feet, 6-inches in competition since her freshman season, but had successfully cleared 9-feet in practice. Now, the junior is shooting for 10.

“We knew it was going to be warm day and of course everyone does good when it’s warm,” said Shepard. “So we wanted to PR and have fun, and just do what we can do.”