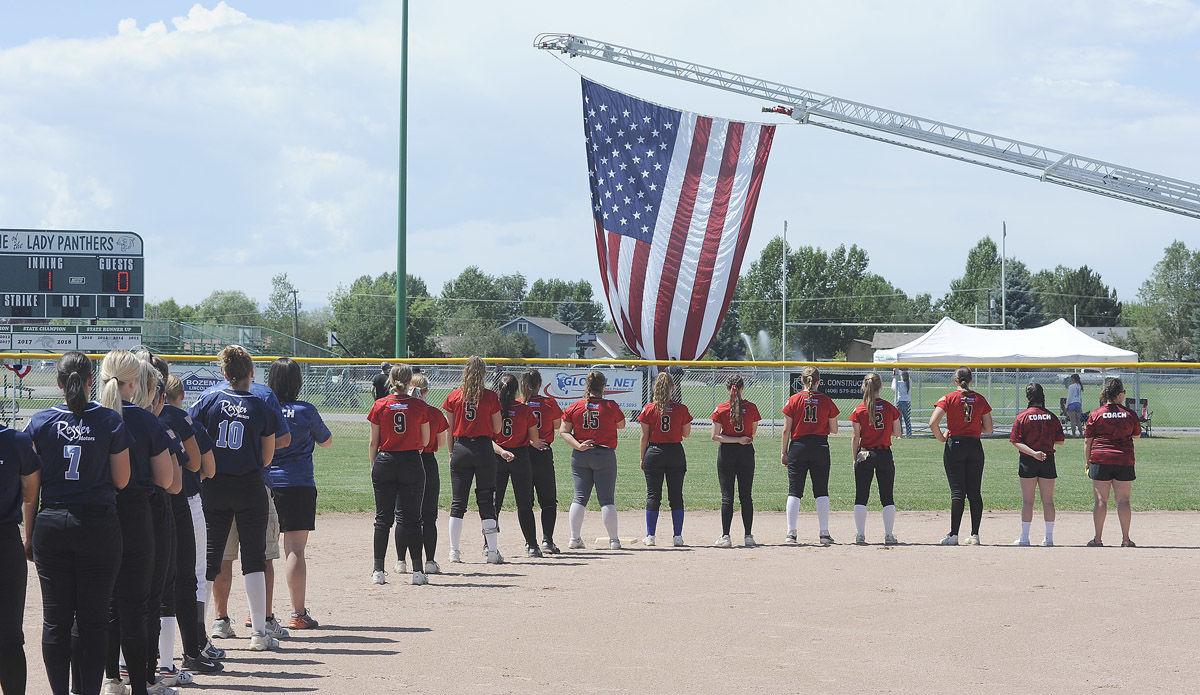 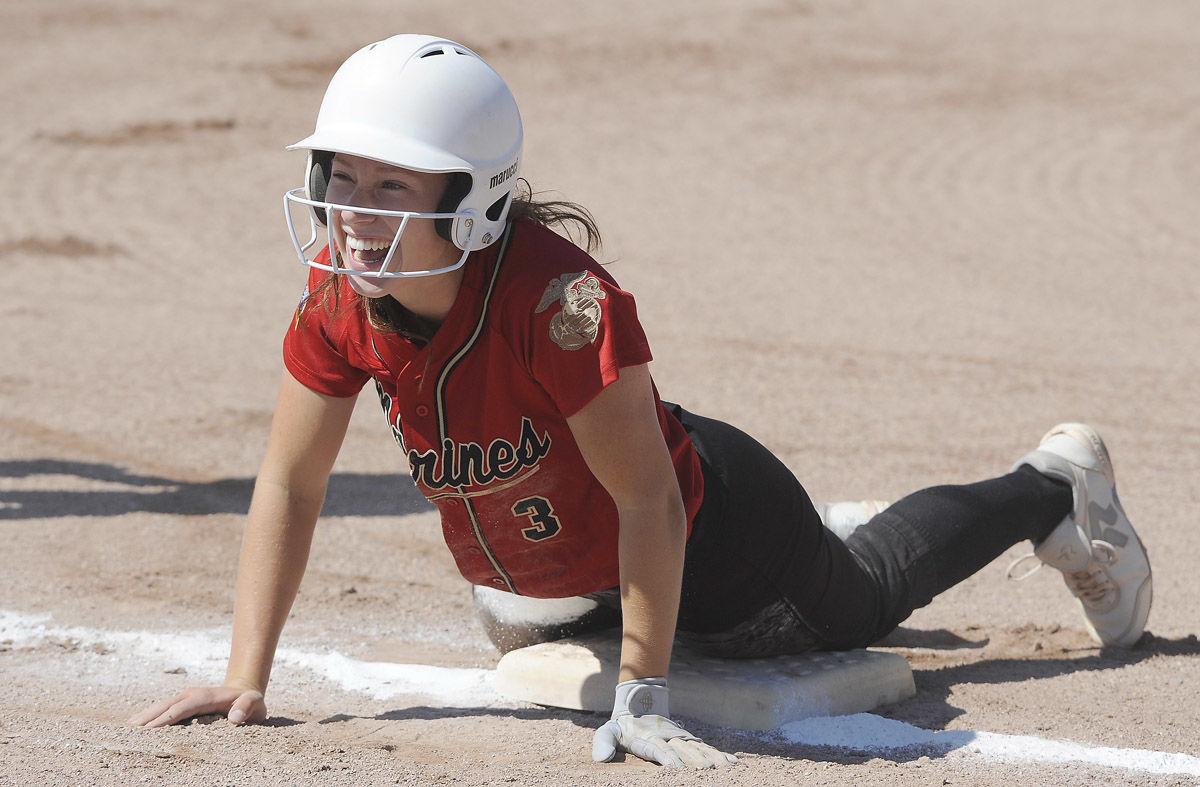 Kenna Thomas reacts after safely sliding into third base during last year’s Veterans Memorial Softball Classic at the Belgrade Softball Complex. She was among five Belgrade players who participated in the two-day event.

The two-day event, held at the Belgrade Softball Complex, is scheduled for Aug. 7-8. It not only honors Montana veterans, but features five teams named after each branch of the military and nearly a dozen games.

Past tournaments have featured the state’s top prep softball players — those who earned All-State honors — from freshmen to seniors. But with the spring season in jeopardy due to the outbreak of COVID-19 (coronavirus), Matter Jr. is prepared to change up the format and have it become a seniors only event.

“Just to give them one final hurrah,” he said. “We would sure hate for them to miss the season and not get an opportunity to go out there and put on a high school uniform this year and play that final game that they’ve been working for the last three years.”

The Montana High School Association indefinitely suspended spring activities on March 16. The executive board will meet again on April 13 to “reevaluate the situation” and decide if spring activities will resume, according to a press release sent to media.

There is speculation, especially considering the NCAA and NAIA have already canceled spring campaigns, that the MHSA will follow suit.

“Of course we’re watching what the MHSA does pretty closely just to see what happens to the spring season. So we really haven’t put a contingency plan in place, but we’re throwing around a couple ideas,” said Matter Jr. “One of those being inviting (only) seniors out this year. We’re not sure if that’s really feasible considering all the schools that do softball now.”

There are 56 softball programs in the state — 15 in AA, 22 in A and 19 in B/C. While it’s unlikely that every senior from each team would participate in the tournament, numbers could still surpass the record of 61 that participated a year ago if the majority wanted to play.

Ideally, Matter Jr. would like to keep rosters to about 12 players per team.

“Of course this is all pending on what the MHSA does,” he said. “If they do decide to resume the season on April 13th, we may not have to do any of this and that would be great. But we want to be prepared in the case that they don’t.”

A another option, Matter Jr. noted, is if the season is canceled to invite last year’s selections who did not graduate to return. And, this is where he hopes coaches will be willing to help with selection process.

“Past participants, that’s easy, I’ve got their emails, I’ve got their parent’s contact info. We know how to get a hold of those players,” he said. “What we would be interested in finding is maybe they made first team all-conference last year and not All-State or maybe they made second team all-conference. Those would be the discussions that we would like to have with those coaches. Who deserves a chance to come out and play in the classic this year that maybe didn’t get that opportunity last year?

“Hopefully with some help from the coaches and the media, maybe see who else we could bring out.”

While there is plenty of uncertainly as the country continues to grapple with the pandemic, Matter Jr. is optimistic the tournament will be held.

“We’re definitely planning on the side of being hopeful that this will all pass and that we’ll be able to make this happen,” he said. “But in the back of our minds we’re always kind of prepared to call it a no-go this year if it does drag on. Safety of the people, safety of the players, that’s got to be in forefront of our mind always.”

Should the MHSA cancel the remainder of the spring season, softball coaches are encouraged to contact Matter Jr. via email at: vfwbelgrade@hotmail.com or (406) 209-2739 with participant recommendations.