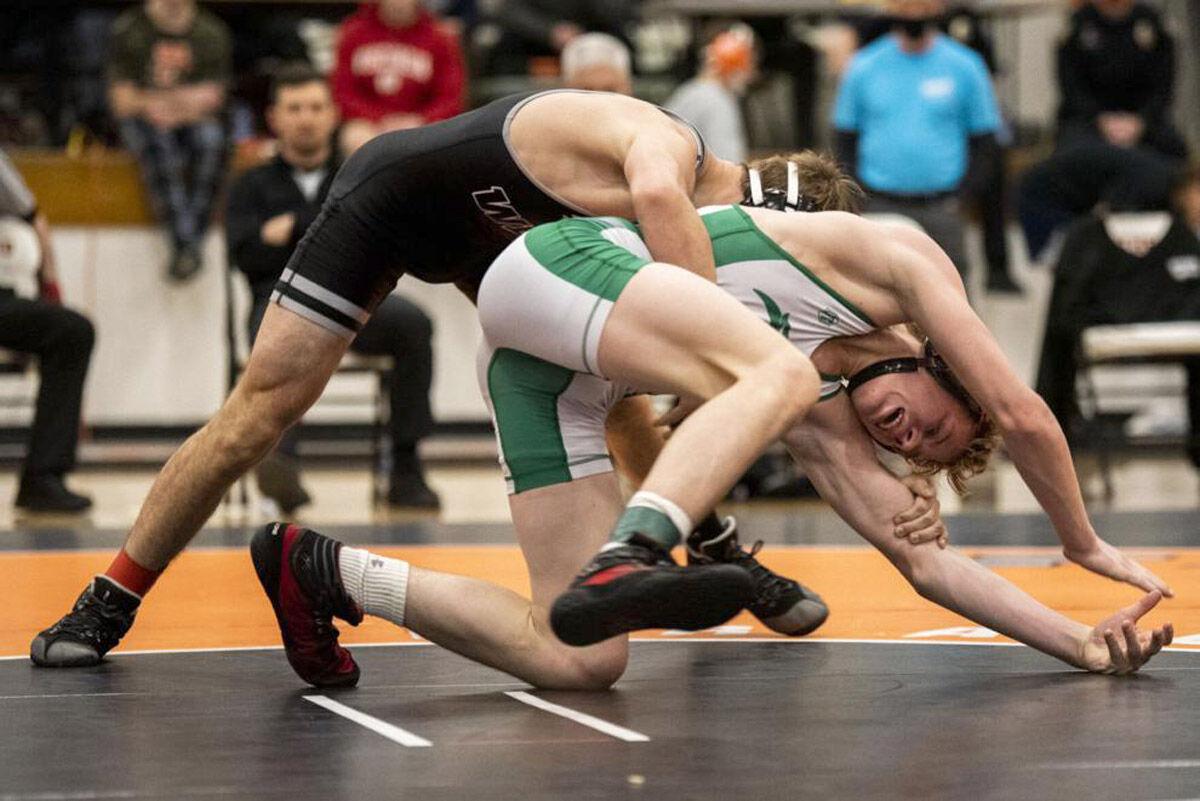 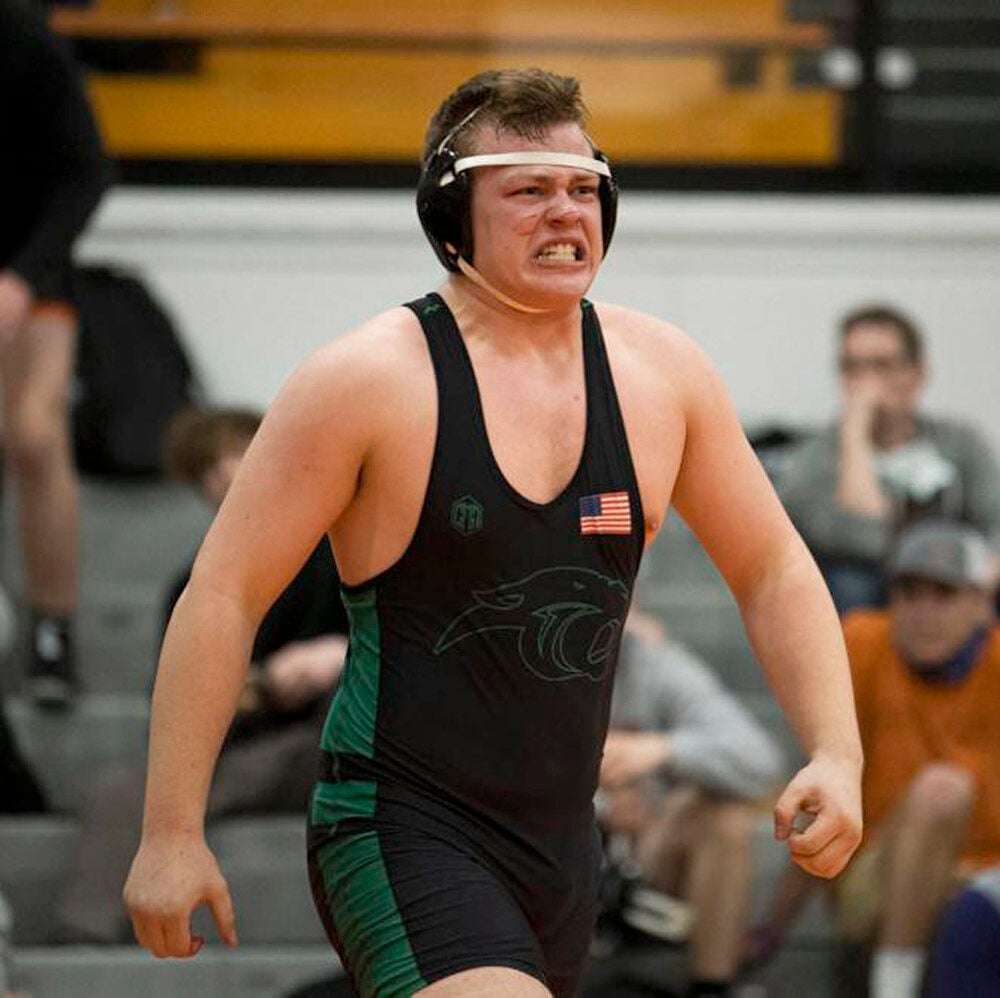 Belgrade’s Xaden Cunningham gets angry after being slammed to the ground by Billings Skyview’s Dillen Barrington in 205-pound quarterfinal match Friday. 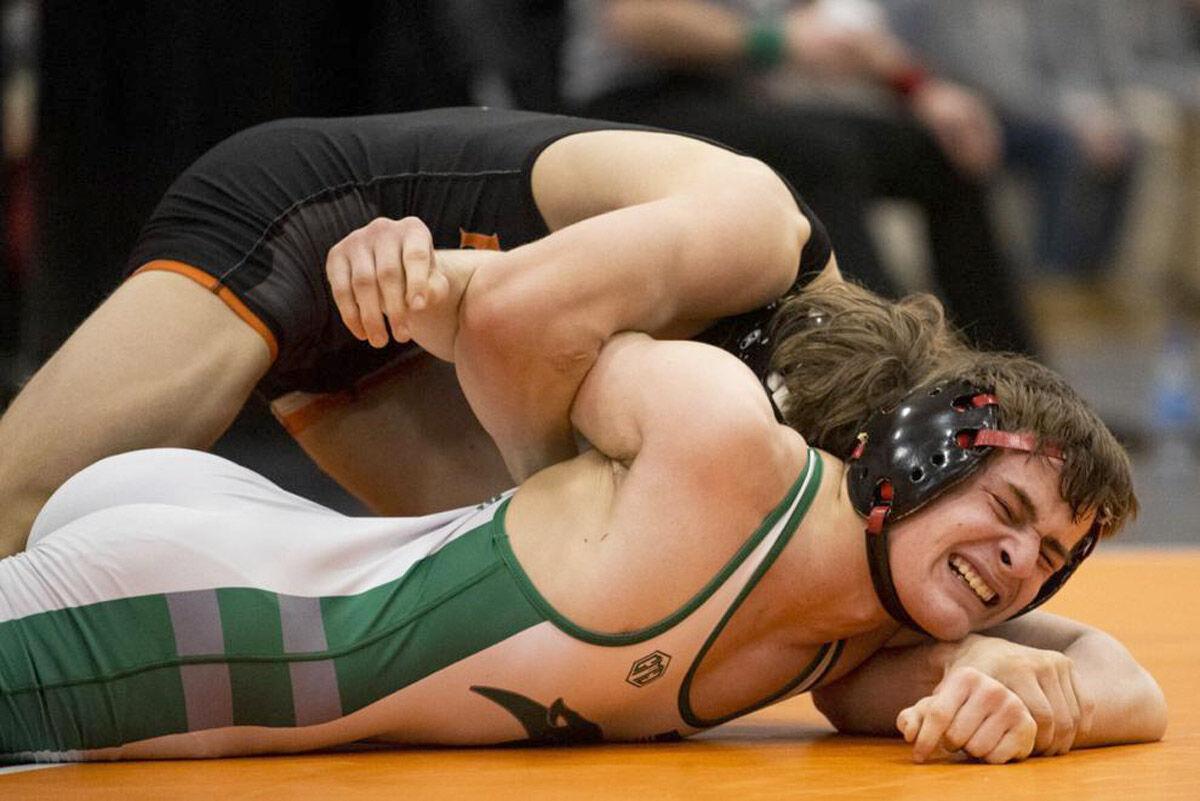 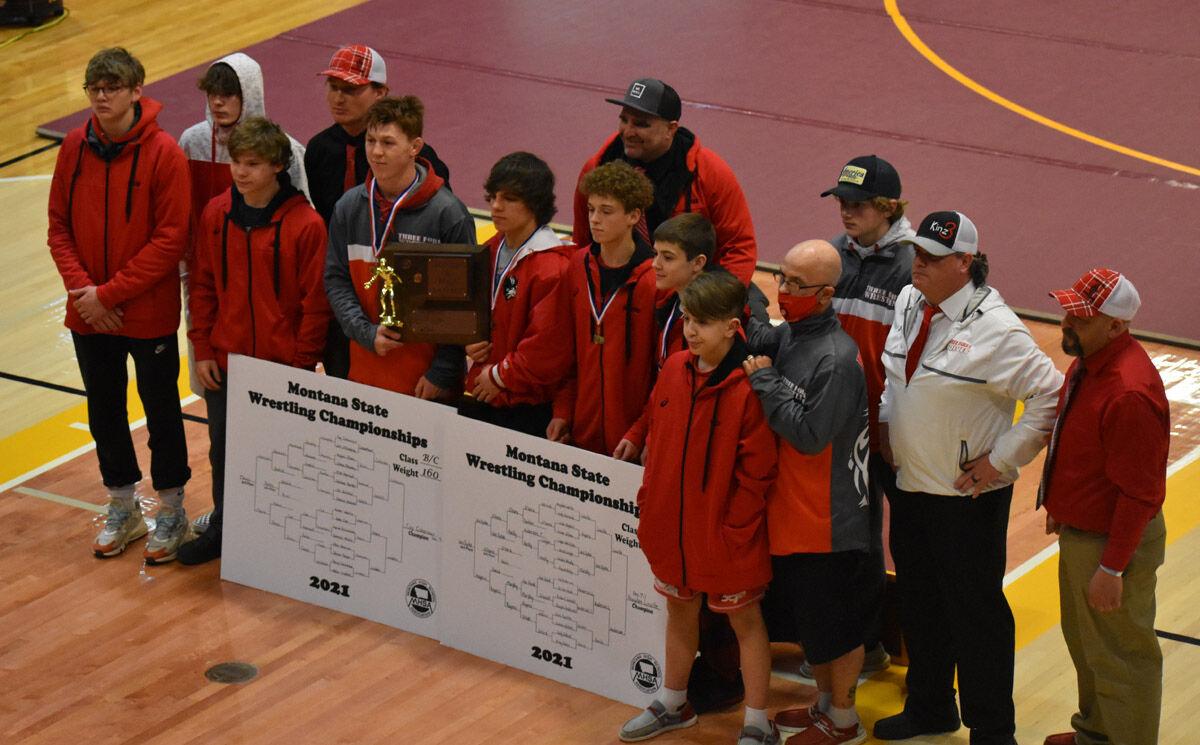 Three of the team’s top contenders were hit with some bad luck, and only one wrestler made the finals, as the Panthers finished 12th in the team standings with 57 points at Flathead High School in Kalispell.

“Started off on a pretty good high note,” Weatherston said. “Everybody was winning the matches they needed to all the way up to the injury. At the end of the day no excuses, it is what it is, it’s part of the sport.”

Oden Currier (145) was the first to go down, while Xaden Cunningham (205) and Carter Schmidt (132) followed. All three were expected to earn individual medals and Schmidt was the only one who still managed to place.

The team’s lone finalist was Colton Gutenberger, who placed second at 113. The sophomore pinned Flathead’s Aden Kleinhenz in the second round Friday and then won a 5-0 decision against Billings Senior’s Demetrious Salarias in the quarterfinals.

“Mason wrestled really tough all the way through the semis,” noted Weatherston.

Gutenberger beat Butte’s Maverick McEwen in the semifinals Saturday morning before losing to Billings West’s Jase Van Pelt 4-2 in the championship match. Weatherston noted that Gutenberger lost the match after twice being penalized for stalling, but praised his effort.

Prior to the finals, Belgrade’s hard luck struck in the quarterfinals. Currier suffered a high ankle sprain in a 14-4 defeat to Butte’s Anthony Liva, and then he was pinned in the wrestlebacks by Billings West’s Gavin Stodmeister.

“It’s unfortunate, things happen,” said Weatherston. “In my opinion, I think Oden’s the second toughest kid in that weight class and it’s a bummer when it doesn’t go your way.”

Schmidt pinned his first two opponents, Helena’s Ian Mehrens and Butte’s Kip Pumnea, but entered the tournament dealing with a muscle strain in his back that kept him out of practice for several days. The injury caught up with the sophomore in the semifinals as he lost a 6-5 decision to Flathead’s Asher Kemppainen.

Schmidt was then forced to withdraw from the tournament and would up placing sixth. He was the state runner up at 113 pounds as a freshman.

“We knew that it was going to be tough and tried to push him through it, and you could tell,” said Weatherston. “He wasn’t wrestling like his normal self.”

Xaden Cunningham was also forced to withdraw following a quarterfinal loss in a controversial match against Billings Skyview’s Dillen Barrington. Cunningham had missed much of the season due to a concussion and suffered another after being thrown on head and shoulders twice in the bout.

“It was a crazy match. A little bit of foul play honestly,” said Weatherston. “We (Cunningham) got thrown into a few chairs, we got thrown into the table scorecard, there were just so many scenarios that I just couldn’t believe were happening. The kid wasn’t getting any repercussions from what was going on.”

Mason Gutenberger placed fourth at 126 after going 3-2 in the tournament, while 11 of Belgrade's 13 wrestlers won at least one match.

Brayden Linville became the first-ever state champion at Three Forks Saturday and less than an hour later Coy Cohenour became the second. The duo completed unbeaten seasons, too, which was another first for the fourth-year program.

Led by those two, Three Forks placed third in the team standings with 91 points. Glasgow won a second consecutive championship with 181 points, while Huntley Project was second with 151. Manhattan finished with seven points.

Linville pinned his first opponent in 18 seconds and then won a 6-0 decision against teammate Cole Rogers in the quarterfinals. The freshman defeated Conrad’s Logan Van Dyke in the semifinals 9-4, and then beat Jefferson’s Leo Anderson 7-1 in the finals.

Cohenour pinned his first two opponents and then won by injury default in the semifinals. He capped the tournament with a 7-5 victory against Huntley Project’s Wylee Lindee in the finals.

Four of Three Forks’ six wrestlers placed in the tournament with Levi Wagner and Rogers taking fourth at 138 and 103 pounds, respectively. Rogers pinned three of his opponents and Wagner had two.

While they didn’t place, Chase Kirkland (126) and Dylan Kamps also each won a match for the Wolves.

Manhattan had just two wrestlers compete in Cyrus Richardson and Mathias Holen at 160 and 285, respectively. Richardson was forced to pull out of the tournament due to an injury, while Holen finished 2-2 with a pair of pins.