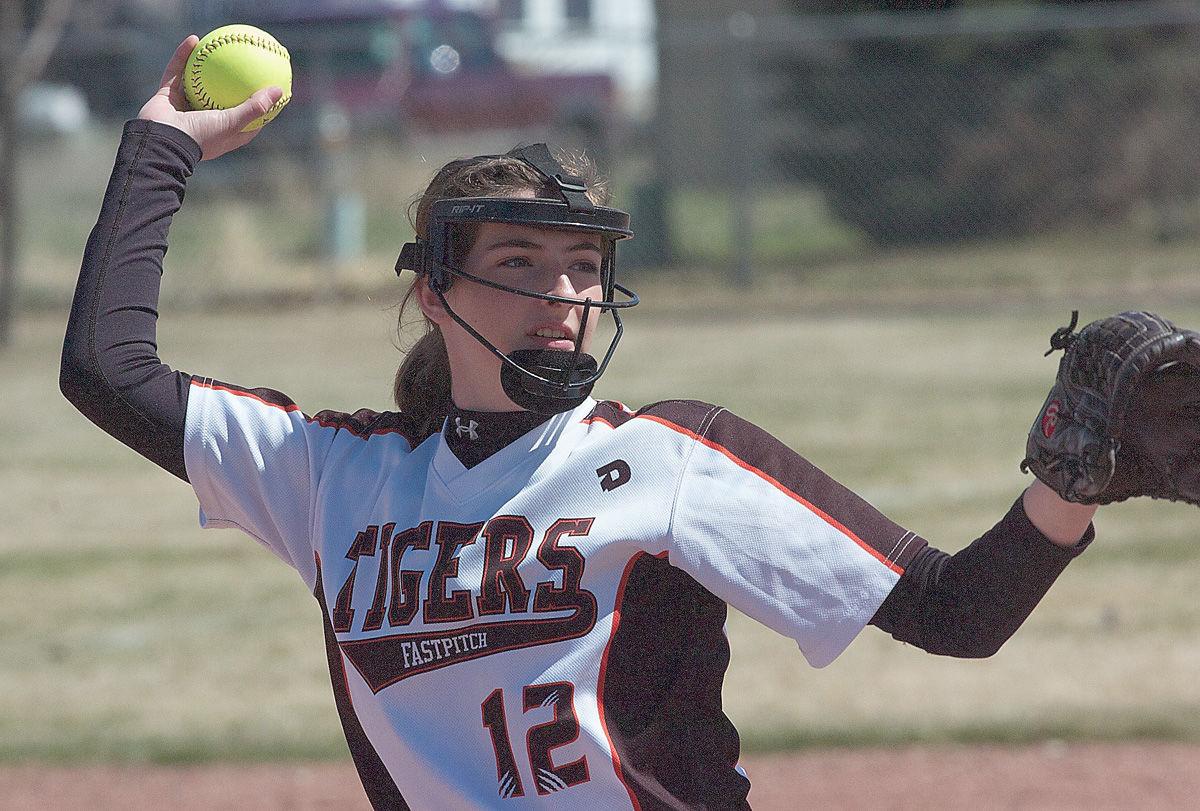 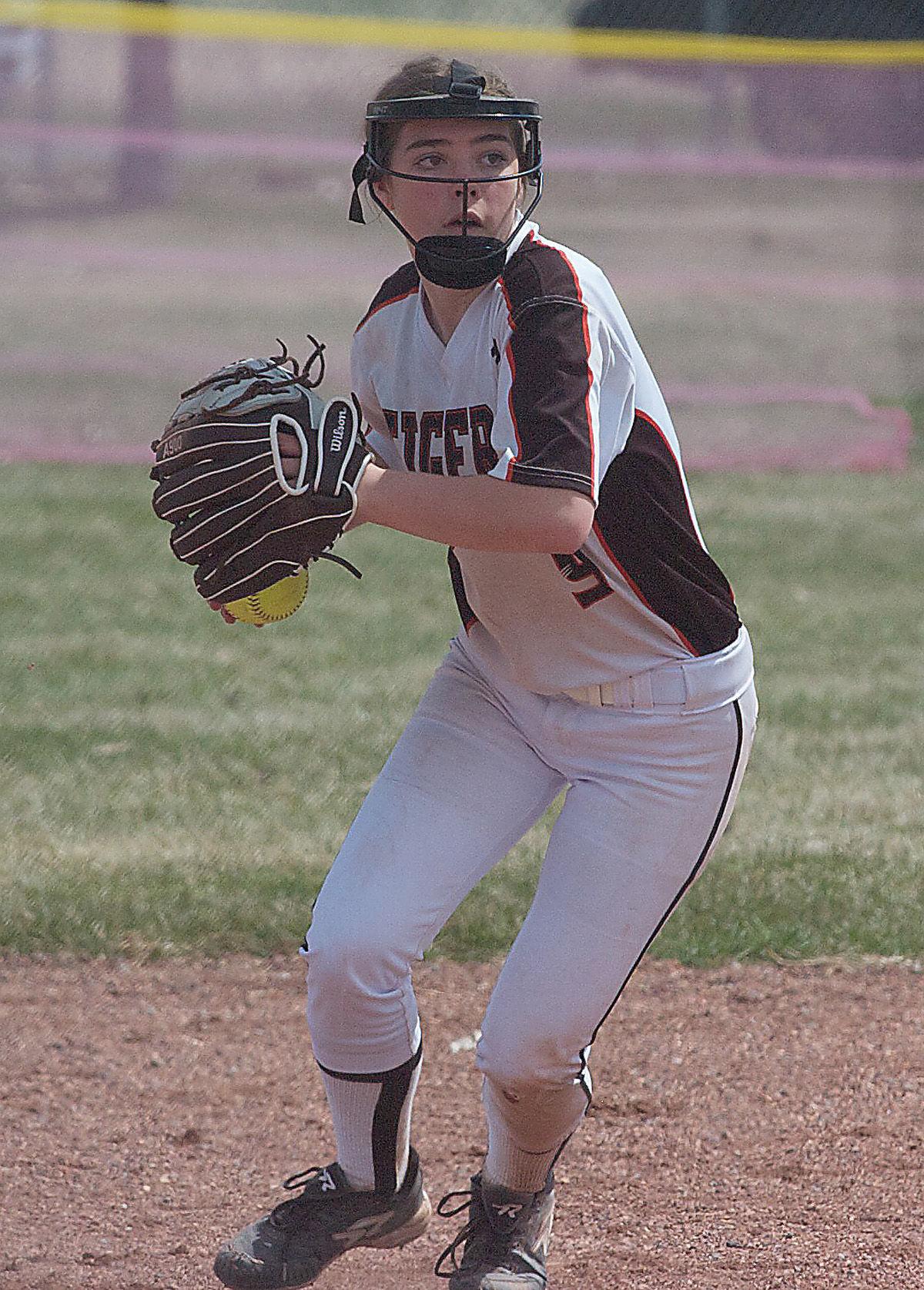 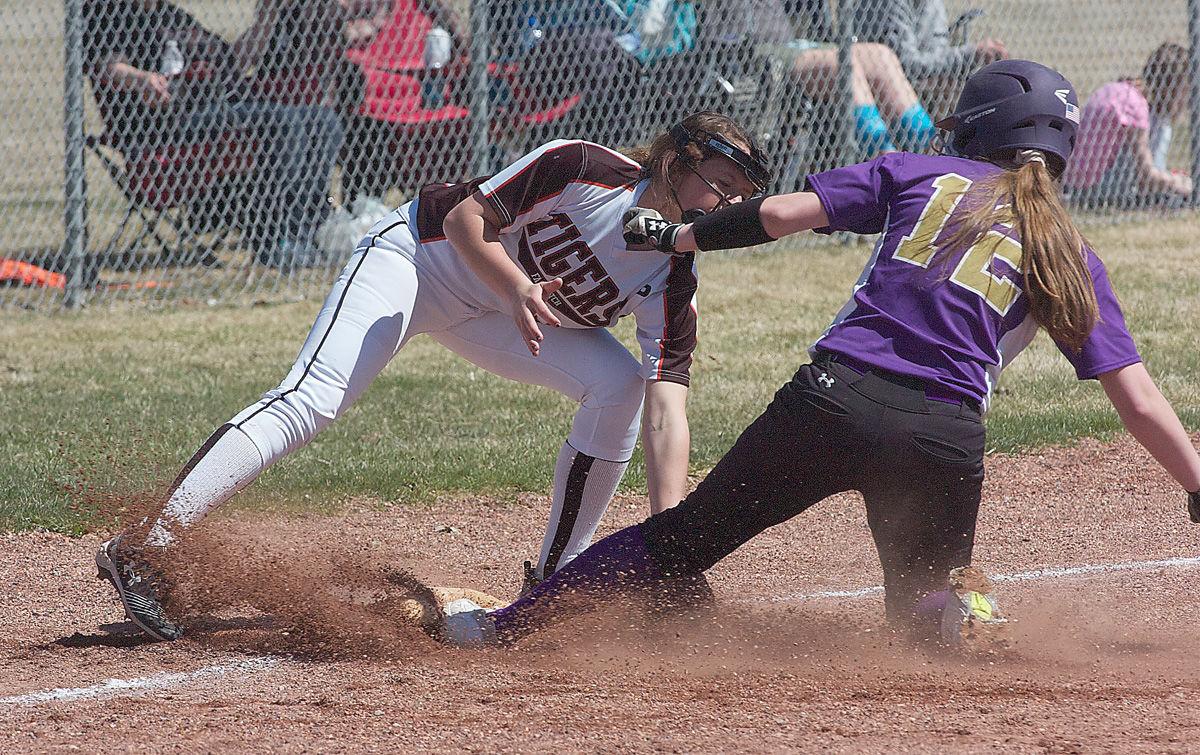 MANHATTAN — With three starters out of the lineup Saturday afternoon, Manhattan didn’t miss a beat at Taylor Park.

The Tigers rallied from an early 3-run deficit and then held on in the seventh to beat Park County 13-10. It was the first victory in the program’s two-year history against a Class A school.

“It’s probably good for our confidence to be able to beat a Class A team,” Manhattan coach Randy Cygan said. “It might not be the last one. We play Laurel this year too. Girls just can’t go into games thinking that they’re going to get beat because the team’s a Class A school.”

The Rangers (3-4) scored three runs in the top of the first, but struggled from there against Meagan Elgas. The freshman scattered seven hits and struck out five in the circle, and helped her own cause by going 2 for 4 at the plate with a bases-clearing double in the sixth.

“Meagan, that’s the first time I’ve had her bat this year and she had two hits,” noted Cygan.

Cygan was forced to tinker with his lineup due to a handful of players out of uniform. That includes starting shortstop Matilda Dietz, who had her wisdom teeth pulled on Thursday.

Freshman Adele Didriksen moved from second to shortstop, while sophomore Claire Nolan started at second and made a diving inning-ending grab on a line drive in the third.

“The girls that have filled in have stepped up and did really well,” said Cygan.

Manhattan scored in all but one inning and nearly ended the contest in the sixth, but had the game-winning run sent back to third.

“We kind of had them 10-runned, but we had a weird play and the umpire called time a little bit premature. We scored on the play and that would have been the end of the game,” said Cygan. “We went back and didn’t score that run, so we were stuck at 13 and they scored six in the last inning. It would have looked more impressive if we would have ended it in six.”

The Rangers trimmed the deficit to three in the seventh before Elgas induced a pop out by Taylor Young to end the game. A majority of Park’s seven hits came in the frame.

Marissa Taylor led Park with a pair of hits, while Amy Grevious finished 2 for 4 with a double and three RBI’s for the Tigers.

Grevious also had a pair of hits Thursday in a wild 12-11 victory against Columbus. Manhattan scored the game-winning run in the bottom of the seventh on an error.

Elgas allowed 11 hits, but struck out eight en route to earning the win in the circle. Didriksen hit a triple, while Shayla Shea homered for the third time this season.

It was the second consecutive victory in which the Tigers won in walk-off fashion. Earlier in the week, Shea hit a walk-off double in the bottom of the seventh drive in the winning run in a 13-12 victory against Ennis.

“One on a walk-off hit and another on a walk-off error, but they were walk-offs,” noted Cygan. “Like somebody told me, it don’t matter how you win or by how many. But I’d like to see them put somebody away once. We will; it’s just a matter of time.”

Manhattan (4-2) suffered its first losses of the season Tuesday in a road doubleheader at Mission/Charlo/Arlee. The Tigers took an early 3-0 lead before losing the opener 9-4, and then dropped the second game 13-8.

Abby Kabalin, Didriksen and Shea each hit doubles in Game 2, but Manhattan was unable to overcome 11 errors.