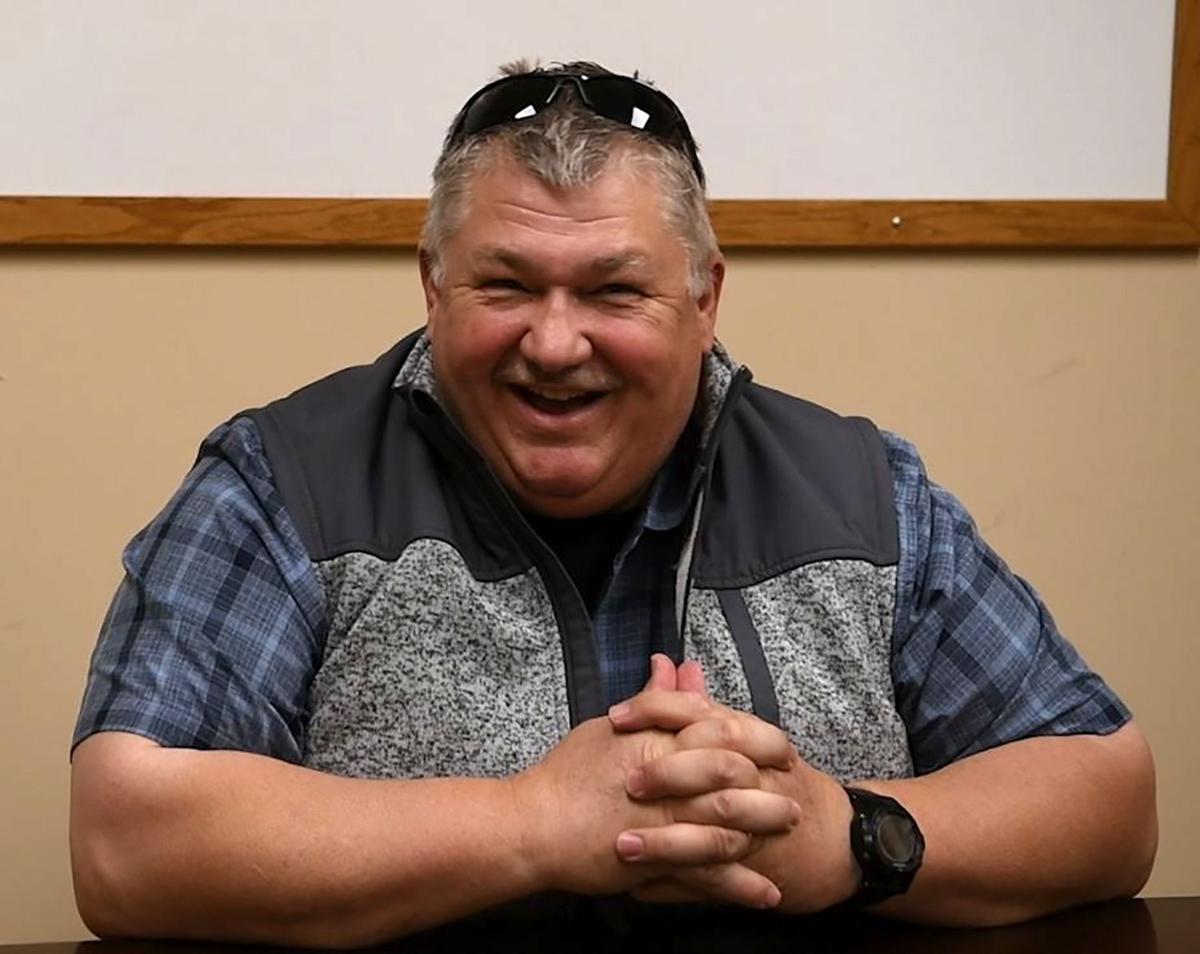 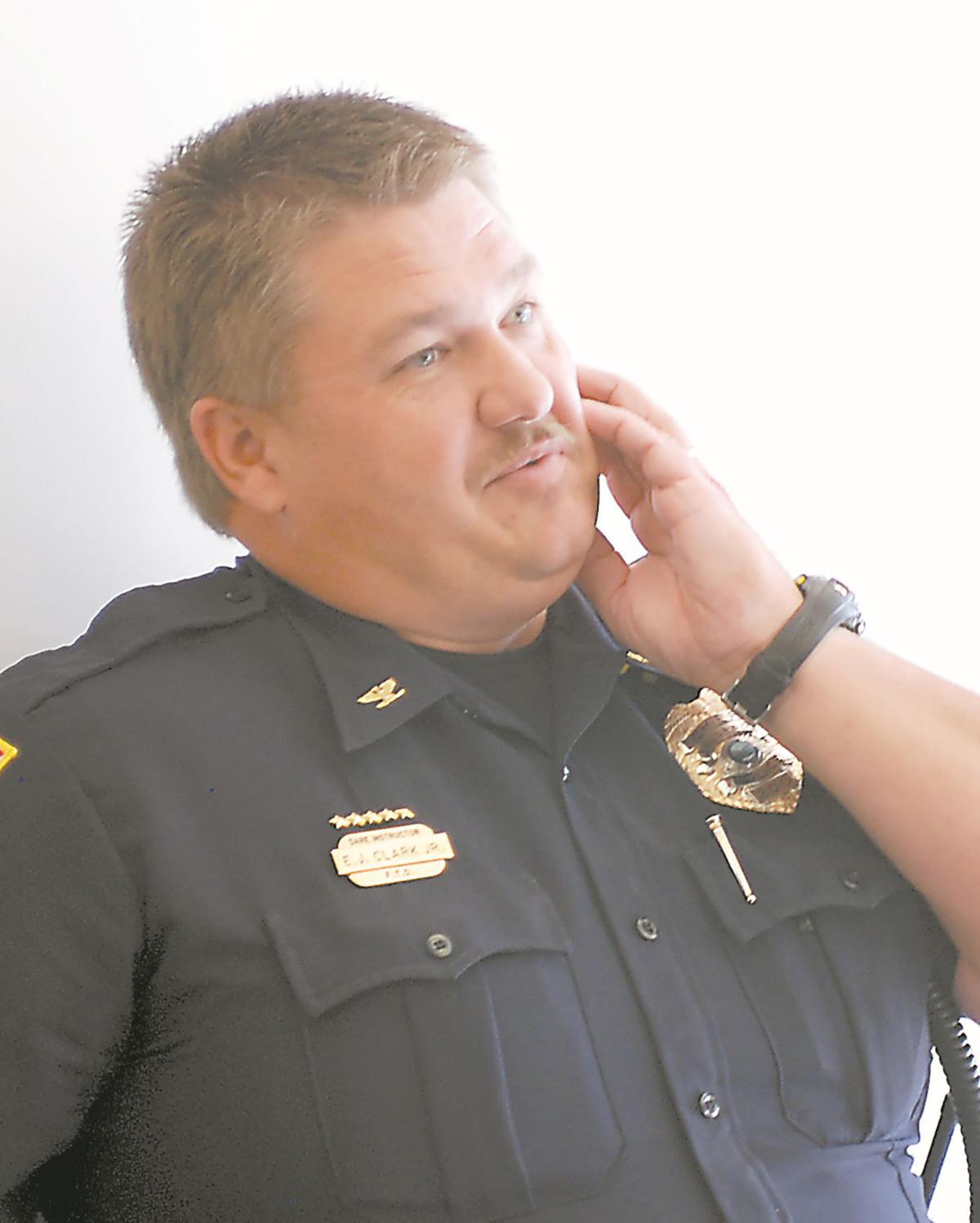 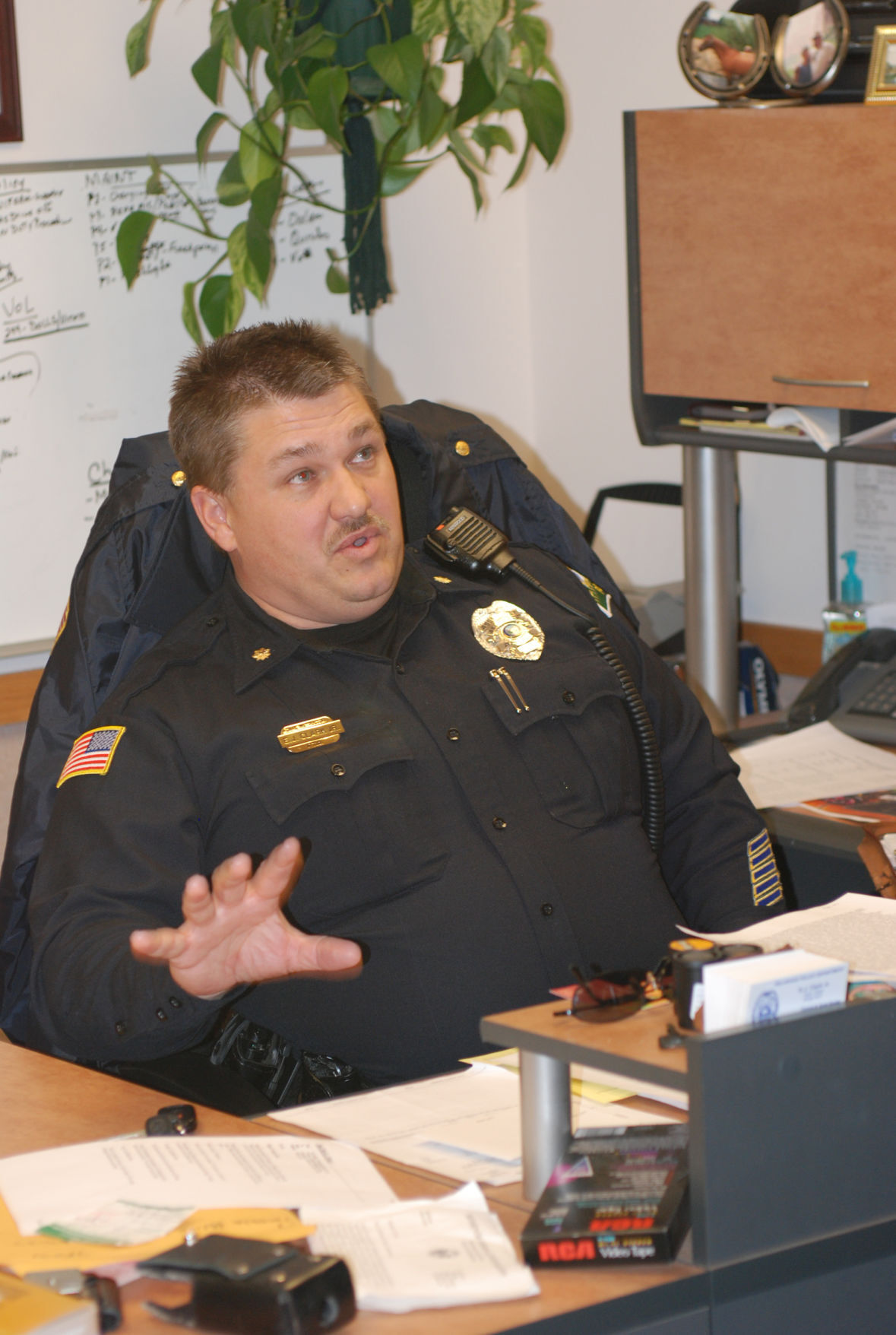 In 1984 when E.J. Clark started with the Belgrade Police Department, it was manual typewriters and carbon paper and a police department of six men (now Belgrade has 19 officers, including two women). Belgrade had a 1980 Census population of 2,336 and Montana had yet to be “discovered.”

After 37 years in law enforcement, Clark is officially retiring next week, and there will be a celebratory open house on Monday, Aug. 23, from 2-6 p.m. at the Belgrade Community Library.

“I’ve enjoyed it; I’ll miss it,” he admitted to the Belgrade News. “I’ve had a good career. I’m confident things can move along without me. We’ve got good officers; it should be a smooth transition. Citizens have been good to us. This will be bittersweet to me; it’s all I’ve known since I was 20. For two-thirds of my life, I’m this guy.”

And, to add some humor to a bittersweet day, “I’m sure there are some people who say ‘It’s been time to leave for a long while.’”

In a town and a state increasingly full of “imports and come-heres,” Clark is about as close as you can come to a hometown boy made good. He’s a member of the Belgrade High Class of 1981 and had a dad who owned the local heating repair shop in town for years.

“I grew up here. I got the benefit of the doubt (from residents). I can drive every city street and think of something that happened there.”

How did this career get started?

“Rick Dighans,” Clark said. “Sgt. Rick Dighans. When I was 18, he’d say ‘come along for a ride-along.’ So in the evenings I’d take my girlfriend home and jump in his car and do a ride-along for a couple hours.”

Apparently Dighans could spot a cop in the making, because Clark joined the force when he was 20.

Dighans also nailed Clark with a nickname “Kid Cop” because of his age. “I had to finally ask him to stop. Nobody would pay me any attention since I was always the ‘Kid Cop.’

Dighans told the Belgrade News he remembers getting a lot of mileage out of Clark’s age.

“Back then you had to be 21 to buy and gun and ammo, so when we’d have our qualifying shoots, I’d ask him ‘Does Rick need to buy your bullets?’

“So, yes, I’m the one and only he can thank. He’s a phenomenal kid; glad he hired on. Back in the old days, there were no restrictions on ride-alongs. And we still had a wind-up siren. Wind it up, then push the button. No portable radios. Belgrade was the first in the state to have in-car video cameras, and the first in the state to have spike strips.”

Back in the day, “He was always looking to advance and upgrade,” Dighans said. “He was a good little bulldog. He kept at it until he got it.”

His career timing was strange for a while, he remembered.

Until 1986 Clark stayed in Belgrade, then spent four years with the county sheriff at West Yellowstone and Big Sky, including being stationed there for the big Yellowstone Fire of 1988.

It’s been a unique life, he reminisced. “I grew up with horses and cows. Did ranch work and drove semi before (I joined the force). And I still get furnace calls at the office. A lot of people still around who knew my dad had a heating business.”

Belgrade is a small enough town that “People know they can call you and get help. They trust us to help them. The town is still small enough to be helpful – I hate to see that go away.”

In an aside, Clark mentioned that the Belgrade police still do security checks for people who are out of town, including a log of when their homes were checked.

“We’ve been trying to keep that as long as we can,” he said, with the caveat that as the town gets bigger, it becomes harder and harder to do the “little things.”

Clark said he is one of only “two or three” city employees, including Jason Karp, who were also at the old City Hall.

“There was a big wheel in city hall, how much water in the water tower. An alarm would go off when it got down to 2 or 3 feet of water, from all the people watering their lawns.”

Dighans added a memory of the old cop shop: “We started out in the old jail cell,” he remembered. With bars. One room. We finally had guys come in and cut the bars out so we could see. Extremely crowded and small.”

And, “We used to lock up the post office at night. Little things. We don’t have the time to do that anymore,” Clark continued.

Any unsolved cases on his plate?

“The Sharon Evenson case,” Clark immediately volunteered. Belgrade resident Evenson, 20, disappeared Feb. 20, 1989. Her body was found a month later on the banks of the West Gallatin River, bound and gagged and weighted down with concrete blocks.

“It’s still an open case. Nothing new on that in a while. She was local, lived in Belgrade. Since she was found in the county, the sheriff has the case.”

Stories at the time implicate Mark Wade Dunse, who went to Belgrade High with Evenson. He was charged and convicted in 1997 of the murder of a musician in Hawaii, and he remains there, in prison.

Similarities in the cases, including the fact that both victims had rocks in their mouths, raised questions for detectives.

On the good side, the local residents have always been supportive, he said. Last year, “One woman sent us a dozen cases of Girl Scout cookies. Not a dozen boxes. A dozen cases. We get cases of soda pop and water. The Bridge Church serves our officers an entire Thanksgiving dinner every year. And they’ve been doing that for years.”

He remembered an accident scene in Logan when it was 15 degrees and the owner of Hero’s came out with treats and five gallons each of coffee and hot chocolate.

“That’s just what the citizens do here and we appreciate it,” he said.

The biggest change in the Belgrade police force since he joined?

“Technology. Now, it’s like Star Wars,” he said. “What we’ve got now is like what was in Star Wars, except that is fiction. If you had told me years ago that all our tickets would be processed electronically in the car ... we used to hand write all our tickets.

“And it hasn’t happened yet, but eventually dispatch will have the ability to tie into our car cameras. The technology is not that far away. And I wouldn’t have believed we’d have in-car cameras and in-car computers. Officers can read everything dispatch has typed.

“I started in 1984 with a manual typewriter and three-sheet carbon paper. Now, I show our guys a typewriter and our guys have no idea what it is. I had to bring my own revolver to the police academy. Now, it’s a semi-automatic pistol. Bulletproof vests were just T-shirts with pockets (to put the protective material). The new vests are so light the guys can’t believe they protect.”

Speaking of protection, Clark attempted to weasel out of his retirement shindig, but was snookered by his co-workers, who told him he was very much going to be at his own going-away party.

“The plan was to leave the day before the party,” he laughed. “I’m background to what the guys here do, and I’m not good at this kind of stuff. I thought I had it all free and clear and fly out the back door the day BEFORE I retire. Being that crafty about it. I’m not good at the sentimental stuff.”

A preview of the sorts of things that might be said at the celebration? Said Dighans, “He’s an awesome kid. What he’s done for the city of Belgrade, what an asset.

“I’m prejudiced towards Belgrade. It’s the best department in the state. Always in the forefront of advancement. Highest standards for our officers. They have extra training and are next to none.”

Are any of Clark’s old Belgrade High school teachers around?